Why You Should Be Eating Ancient Grains

Why You Should Be Eating Ancient Grains

Kamut, farro, spelt, quinoa, millet, barley, amaranth—this isn’t a magical incantation. Or maybe it is. The words are names for ancient grains, whole grains that have been around for centuries. For centuries, whole was how we ate grain, too. Then we discovered milling.

Milling, or grinding, grain removed the husk. It rendered the grain softer, easier to chew, easier to digest. Milling was originally done by hand, a difficult job that made processed grain expensive. It became a food of the privileged, a status symbol—refined grain for refined people.

Over the centuries, it became more affordable, more available, and still we processed. It’s only been within the past half century that we’ve realized just how nutritionally neutered refined grain is. Whole grain has its kernel and bran intact, and that’s where the hard-core nutrients are. That’s where the fiber, the fun-for-the-mouth chew, and the nutty, earthy flavor are, too.

We’re so taken with foods that claim on the label to be natural and healthful, we overlook foods that really are. Give ancient grains a try.

Farrotto with Greens, Pine Nuts, and Currants
Traditional risotto gets its luscious, chewy, creamy texture from short-grain arborio rice and constant stirring. This dish gives you the same terrific result with less effort and whole-grain goodness, too. Call it farrotto—a cheaty version of risotto made with farro.

2. Preheat the oven to 350 degrees. Pour the pine nuts into a shallow ovenproof pan and toast until they just turn golden, about six minutes. Transfer the pine nuts to a small bowl to cool.

4. Drain the farro and pour it into the pot. Stir until the farro toasts and gets a little luster from the residual oil, about two minutes. Add the broth or water, stir, and bring to a boil. Cover, reduce the heat to low, and simmer until most of the liquid is absorbed, about 30 minutes. (The farro will continue to soak up liquid as it cools, becoming thick and creamy, with a risottoesque consistency.

5. Stir in the chard and the currants. The currants, which start out tiny and wrinkly, will plump up. Season with salt and freshly ground pepper. Gently stir the pine nuts into the farro, reserving 1 tablespoon for garnish. To serve, mound into a serving bowl or spoon onto individual plates. Sprinkle the last of the pine nuts on top.  By:  Ellen Kanner 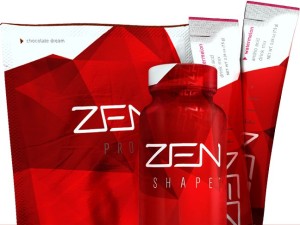