Why You Need to Stop Worrying About Failing

Why You Need to Stop Worrying About Failing

Don’t let the fear of making a mistake distort your decision-making and lead to an even worse mistake.

Do you know what “icing the kicker” means? In football, when a kicker is preparing to make a potential game-winning field goal, the opposing coach will often call a timeout right before the ball is snapped.

The thinking behind this strategy is that a last-second timeout will distract the kicker and disrupt his rhythm. The problem is, it doesn’t really work. According to the sports research book Scorecasting by economist Tobias Moskowitz and Sports Illustrated writer L. Jon Wertheim, an iced NFL kicker makes the field goal 77.5 percent of the time in the last 15 seconds of the half or overtime. If the opponent does not call a timeout, the field goal is made only 75.4 percent of the time. Icing the kicker only increases his chances of scoring!

So why do coaches do it? Because they feel that doing something is better than doing nothing at all. This is an example of how the fear of making a mistake can distort our decision-making and lead to an even worse mistake. Whether you’re lining up a 55-yard field goal, starting a new business or preparing to pivot in your life or career, it’s natural to be afraid of failure. The key is to ensure that your fear of failure is in proportion with the odds of the worst-case scenario actually happening.

Our worries should be directly proportional to the possibility of the event. If there’s a .00001 chance of a stock market crash today, I won’t spend 99 percent of my time worrying about it. Whenever I find myself stressed about negative prophecies, I stop and ask two questions:

By simply reminding myself of the unlikelihood of what I fear actually happening, my brain focuses on preparing for success.

Fear can warp your thinking and threaten your success. Find out 3 ways you can fight back.   -By Shawn Achor 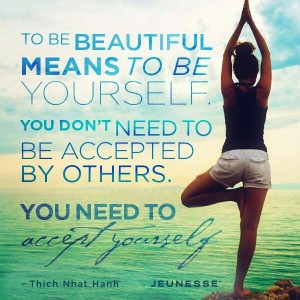