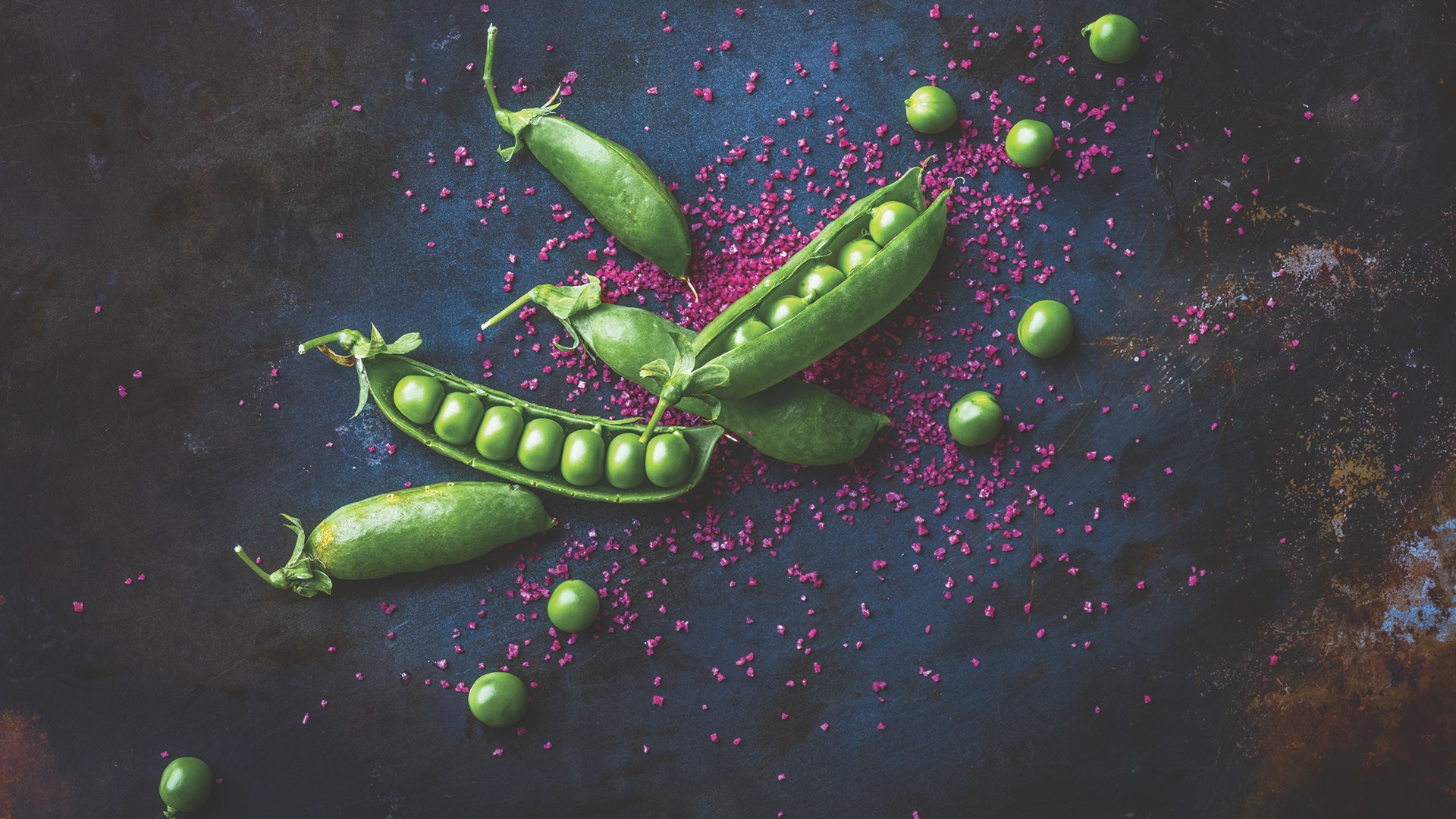 What to Eat for Optimal Mental Health

The food you eat can have just as profound an effect on your brain and your mental health as the drugs prescribed by your doctor. The reason: Your gut and your brain are in constant communication with each other.

I once had a patient who was confused as to why I talked about her gut while treating her mind. To her, it seemed irrelevant. “After all,” she said, “it’s not like they are actually next to each other.”

While your gut and brain are housed in different parts of your body, they are physically connected.

The vagus nerve, also known as the “wanderer nerve,” originates in the brain stem and travels all the way to the gut, connecting the gut to the central nervous system. When it reaches the gut, it untangles itself to form little threads that wrap the entire gut in an unruly covering that looks like an intricately knitted sweater.

Because the vagus nerve penetrates the gut wall, it plays an essential role in the digestion of food, but its key function is to ensure that nerve signals and body chemicals can travel back and forth between the gut and the brain, carrying vital information between them, and making the brain and gut lifelong partners.

The central nervous system produces chemicals such as dopamine, serotonin, and acetylcholine that are critical for regulating mood and processing thought and emotion. Serotonin, a key chemical deficient in the brains of depressed and anxious people, plays a major role in regulating the gut-brain axis. Serotonin is one of the most buzzed-about brain chemicals because of its role in mood and emotion, and more than 90% of serotonin receptors are found in the gut.

In a healthy body, all these brain chemicals ensure that the gut and brain work smoothly together. Of course, as in all delicate systems, things can go wrong. When chemical over- or underproduction disrupts this connection, the gut-brain balance is thrown into disarray. Levels of important chemicals go out of whack. Moods are upset. Concentration is disrupted. Immunity drops. The gut’s protective barrier is compromised, and metabolites and chemicals that should be kept out of the brain reach the brain and wreak havoc.

The food you eat can have just as profound an effect on your brain as the drugs you take.

This chemical chaos gives rise to psychiatric symptoms, from depression and anxiety to loss of libido to devastating conditions like schizophrenia and bipolar disorder.

In order to correct those chemical imbalances and restore order to brain and body, you might assume that we would need a barrage of sophisticated, carefully engineered pharmaceuticals. And to a degree, you’d be right! Most drugs used to treat mental conditions do seek to alter these chemicals to return the brain to a healthy state—for example, selective serotonin reuptake inhibitors (most commonly referred to as SSRIs), which boost serotonin to fight depression. Modern mental health medications can be a godsend, and I don’t want to downplay their importance as a therapy in many circumstances.

But what sometimes gets lost in discussions about mental health is a simple truth: The food you eat can have just as profound an effect on your brain as the drugs you take.

Behind the scenes of the gut-brain romance is a huge collection of microorganisms that reside in the gut. We call this panoply of different bacterial species the microbiome. The gut microbiome—in both humans and other animals—is another type of romance, with both parties relying on each other for survival. Our guts provide the bacteria with a place to live and thrive, and in return they perform crucial tasks for us that our bodies can’t perform on their own.

The microbiome is made up of many different types of bacteria, with a much greater diversity of species in the gut than anywhere else in the body. Each person’s gut can contain up to a thousand different species of bacteria, though most of them belong to two groups—Firmicutes and Bacteroides—which make up about 75% of the entire microbiome.

The idea that the microbiome plays such an essential role in bodily function is relatively new in medicine, particularly when it comes to bacteria’s influence on the brain. But over the years, the science has been building that gut bacteria can affect mental function. Functional bowel disorders, for instance, like irritable bowel syndrome and inflammatory bowel disease, also come with mood changes due to bacterial populations being altered. Some clinicians observe that adding a probiotic as part of a psychiatric medication treatment plan can also help to lower anxiety and depression. And if you transfer the gut bacteria of schizophrenic humans into the guts of lab mice, those mice also start to show symptoms of schizophrenia.

If normal gut bacteria are not present, production of neurotransmitters such as dopamine, serotonin, glutamate, and gamma-aminobutyric acid (GABA)—all critically important for the regulation of mood, memory, and attention—is impacted. Your brain needs the proper balance of gut bacteria to make the chemicals it needs to stay stable and healthy. The gut needs your brain to be stable and healthy so that it can maintain the proper balance of gut bacteria. If that cyclical relationship is disrupted, it means trouble for both the gut and the brain. An unhealthy gut microbiome leads to an unhealthy brain, and vice versa.

How Food Influences the Brain

Food influences your brain directly and indirectly. When food is broken down by the microbiota into fermented and digested materials, its components directly influence serotonin, dopamine, and GABA, which travel through the brain and change the way you think and feel.

Some foods promote the growth of helpful bacteria, while others inhibit this growth. Because of that effect, food is some of the most potent mental health medicine available, with dietary interventions sometimes achieving similar results to specifically engineered pharmaceuticals, at a fraction of the price and with few if any side effects.

The idea of using food as medicine for mental health is central to nutritional psychiatry, and in my opinion, it’s crucial to finding meaningful, lasting solutions to mental health problems.

The idea of using food as medicine for mental health is central to nutritional psychiatry, and in my opinion, it’s crucial to finding meaningful, lasting solutions to mental health problems.

Thankfully, we are inching toward a moment in health care when medicine is no longer strictly about prescriptions and a single line of therapy. In psychiatry, we are finally beginning to talk about the power of food as medicine for mental health. That doesn’t overshadow the importance of working with your doctor, since medication and the appropriate therapy remain a part of the journey to improved mental health. A better diet can help, but it’s only one aspect of treatment. Still, the relationship linking food, mood, and anxiety is garnering more and more attention.

There’s a proverb that states that the way to a man’s heart is through his stomach. We might have stumbled upon a great truth with slight modification: For both men and women, the food that enters our stomachs can warm our hearts and change our brains.

5 Kinds of Good Mood Foods to Add to Your Menu

To reset your gut microbiome, increase the probiotics and prebiotics you eat. Probiotic-rich foods contain bacteria that help your body and brain. An animal study in 2017 from the University of Virginia School of Medicine indicated that Lactobacillus can reverse depression in rats. Similar findings have been established in humans.

Prebiotics are essentially food for probiotics. Probiotics break down prebiotics to form short-chain fatty acids that help reduce gut inflammation, block the growth of cancerous cells, and help the growth of healthy cells.

Certain species of gut bacteria have the ability to boost levels of brain chemicals such as gamma-aminobutyric acid (GABA), which may speed relief from depression and other mental health conditions.

Many vitamins play key roles in preventing and easing depression. A deficiency in vitamin B12 and folate (B9) can contribute to a loss of brain cells which is associated with depression.

Vitamins B1 (thiamine) and B6 (pyridoxine), vita- min A, and vitamin C all play crucial roles in brain function and mood regulation.

Vitamins B1 and B6 in the foods in the B12 and folate section, as well as in soybeans and whole grains.

Vitamin A in sweet potatoes, carrots, spinach, and black-eyed peas.

Iron, magnesium, and zinc all play vital roles in proper brain function, and deficiencies
in these minerals has been linked to depression in clinical studies. Several case studies in which patients were treated with 125-300mg of magnesium have demonstrated rapid recovery from major depression, often in less than a week.

Omega-3s are crucial to mental health. But since we cannot produce them on our own, we must get our omega-3s from our diet. The three main omega-3 fatty acids are alphalinolenic acid (ALA), eicosapentaenoic acid (EPA), and docosahexaenoic acid (DHA). EPA and DHA are the omega-3s most critical in mood disorders, so it’s particularly important to ensure that you get enough of them. Omega-3s lower inflammatory markers and protect neurons from excessive inflammation.

Cold-water fatty fish such as salmon, mackerel, tuna, herring, and sardines, contain high amounts of omega-3s. Trimmer fish like bass and trout are good sources, too.

ALA sources include edamame, walnuts, and chia seeds.

Many seasonings help the brain fight off free radicals and prevent oxidative stress, which can damage tissues. Pair them with the antidepressant foods to double their mood-boosting effects.

Saffron. A 2017 study revealed that 15 mg of saffron is as effective as 20 mg of Prozac in decreasing depressive symptoms. In animals, saffron increases levels of the good mood neurotransmitters glutamate and dopamine.

Oregano. Researchers have connected carvacrol, an active ingredient in oregano, with neuroprotective and antidepressant effects in animal studies, although to date, there are no such studies in humans.

Turmeric. A meta-analysis in 2017 found that curcumin, an active ingredient in turmeric, reduces depressive symptoms by adjusting brain chemistry and protecting brain cells against toxic damage that leads to depression.

Other mood-boosting herbs. Lavender, passionflower, and chamomile are all herbs that can be helpful for depression too. They’re easiest enjoyed as teas.