In 1999, when John Tue Nguyen decided to launch a high-end travel company in Vietnam, reactions from brothers, friends and the manager of Ho Chi Minh City’s best hotel were typically blunt: “You’re crazy!” The average tourist in Vietnam was a backpacker toting a guidebook to exploring the Third World country on the cheap.

And there was another thing: Over the previous two years, the 29-year-old Nguyen had completely lost his  eyesight.

Nguyen may have been blind, but he saw an opening others couldn’t—the new millennium would bring affluent visitors to Vietnam, along with five-star hotels and infrastructure. Today, some 28,000 travelers book tours through his company, Trails of Indochina, the cornerstone of an empire that employs about 600 people worldwide.

Nguyen’s hospitality portfolio also includes luxury cruise liners, high-end restaurants and art galleries. The key to his success, he says, can be summed up in two words: “Honor hardship.”

Three years ago, Nguyen and his wife moved from Vietnam to Fountain Valley, a Southern California neighborhood that’s home to a large Vietnamese population, to provide their three sons with a better education. Sitting in his unadorned office in nearby Newport Beach, Nguyen speaks softly of his difficult youth in the central Vietnamese city of Hue.

In the years following the Vietnam War, food was scarce. His family subsisted on cassava, a local root vegetable, for days on end. Sometimes even that ran out. There was oppression from the ruling Communist Party: An uncle spent 12 years in what was euphemistically called a re-education camp.

But Nguyen’s horizons were expansive. To improve his English, he listened to forbidden BBC and Voice of America broadcasts on a shortwave radio. As a university student, he worked as a tour guide to mostly French and Russian visitors. Though it earned him occasional attention from Vietnamese secret police, “I loved meeting people,” he says, “and sharing the history and the culture of my country.”

After graduation, Nguyen was working for the U.N. High Commission for Refugees and the organization NARV (Nordic Assistance to Repatriated Vietnamese) when the vision in his left eye became blurry. His eye, it turned out, was hemorrhaging internally. An unsuccessful surgery caused his retina to become detached, leaving him blind in that eye. With vision in his right eye intact, he went on to earn an MBA from Henley Management College in Britain and then traveled throughout Europe and America.

Nguyen was visiting Houston when his right eye ruptured. Four months later, at the age of 28, he was completely blind. Nguyen was devastated. “I went through weeks of not being able to sleep,” he says. “It felt like the end of the world. My mind and my body wouldn’t accept it.”

He tried to break up with his longtime girlfriend, Ngoc Phan. What kind of future would a young, beautiful girl have with me? he thought. But, Ngoc—now his wife—wouldn’t have it. “I loved him,” she says. “It didn’t matter that he had lost his sight.”

When his oldest brother said to him, “I will feed you for the rest of your life,” Nguyen was both touched and galvanized. “I remember that sentence very well,” Nguyen says. “I finally accepted that I had a completely different life. I needed to adjust and move on.’” Certain no one would employ him, he felt compelled to start his own business.

There were setbacks at every turn. Nguyen was unable to negotiate a contract rate at Caravelle, Ho Chi Minh City’s only luxury hotel at the time, and the first three employees he hired didn’t show up for work.

Later, when his office was swarmed by policemen who told him it was illegal for a blind person to head a company, he transferred title ownership to Ngoc. “It was a really bitter time for me,” Nguyen says. “But those bad experiences made me more determined.”

He focused on cultivating relationships with local historians, artisans and artists, putting together programs that offered experiences like tours of street markets with a Hanoian chef and hands-on gardening classes with rural farmers.

“Engaging locals in an authentic way is a niche that John developed,” says Matt Masson, the former COO and now CEO of Trails of Indochina. “ ‘Immersive experiences’ is a buzzword in travel today, but it wasn’t when John was creating these products.”

An early client was the Smithsonian Institution; Nguyen escorted its group to the studios of local painters and sculptors. His reputation for showing visitors the true Vietnam grew. He made connections, and revenues over the next couple of years tripled. The company expanded travel to Cambodia, Laos, Thailand, Bali, Myanmar, China and Hong Kong. Nguyen began his cruise line with a single riverboat and added another one annually for the next four years.

In 2009, with the company growing steadily, Nguyen installed an experienced executive team. “John had built the company from scratch and everything was in his head, nothing was documented,” Masson says. “We had to slowly corporatize it.”

Nguyen is scarcely less hands-on today as chairman of Trails of Indochina. He’s copied on all significant emails and, says Barbara Bryant, the company’s managing director for the United States and Canada, “he’s usually sent his response before I’ve even finished reading the message.” Nguyen frequently accompanies Masson on sales calls and attends industry trade shows, where’s he’s often surrounded by well-wishers. He recognizes them easily.

“John has an incredible memory,” Masson says. “Dozens of people say hello to him at these shows and he remembers 99 percent of them by their handshake or their voice.”

As someone who tries, he says, “to find the positive side to everything,” Nguyen believes blindness made him a more focused businessman. “Being sightless, I’m less distracted and more analytical,” he says. “Your attitude, not events themselves, is what’s critical. My journey hasn’t been an easy one, but there are opportunities in hardship.

“When a door shuts in your face—and there were times I couldn’t even find my way out my own front door—another one opens.”  Article Original from jen.sd.success 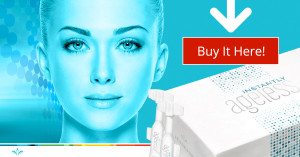