Who is Survival Lessons for?

I wrote this book for survivors of trauma, but it’s also for the people who love them. So many of us are taught to deny illness and loss. When tragedy strikes, it’s a shock, and we’re often completely unprepared. That first happened to me in my 40s, when my sister-in-law was diagnosed with terminal brain cancer. She was young and vibrant, the mother of young children, with a full life ahead of her. Suddenly, time looked different because our time together was limited. And then a year later, just after she died, I was diagnosed with breast cancer. I became paralyzed with fear and needed to develop survival skills to keep focused on the joy of here and now.

What’s an example of a survival lesson that worked for you?

Taking my dog for a walk in the woods, being in nature with a being who simply loved being alive, had a way of bringing me back to what was important.

Why did you decide to write this book now, 15 years after you were diagnosed with cancer?

The idea started as a talk I had been giving for years at the breast cancer center where I was treated, telling my experiences of how to get through a bad diagnosis. A few years ago, my editor suggested that I write down these everyday ways that I try to live my life. I say try  because I’m not always successful. I still need reminders to make good choices, moment to moment. Whether that means taking a nap when I’m tired, only inviting people I really want to spend time with to a dinner party, or letting go of anger more easily.

This book began as a collection of reminders to myself that I have the power to make all kinds of good choices, despite the illness. And then, it evolved into a personal letter of sorts to other people going through the same thing.

What’s a difficult choice you made that helped in dealing with your illness?

I’m usually not someone who reaches out to people. My sister-in-law was just the opposite. She had a great support system, and I saw how that had helped her. I forced myself to join a support group and call cancer survivors who were friends of friends, and it did make a difference. Now I still get emails from people I don’t even know who have been diagnosed with cancer and just need reassurance that being a survivor is possible. There’s something very spiritual about experiencing deep connections with strangers that may last only a few moments but are real and powerful.

What’s a lesson you’ve learned through being a cancer survivor that’s greatly impacted your life?

I’ve always been a fixer, a doer; everything’s a major research project. Sometimes, though, you can’t fix something; you can’t make it better. All you can do is be there for a loved one, and that really does matter.  By Jennifer Haupt 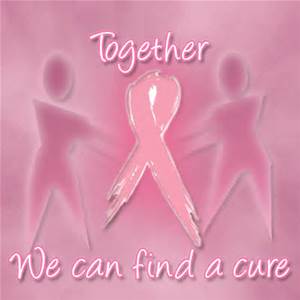