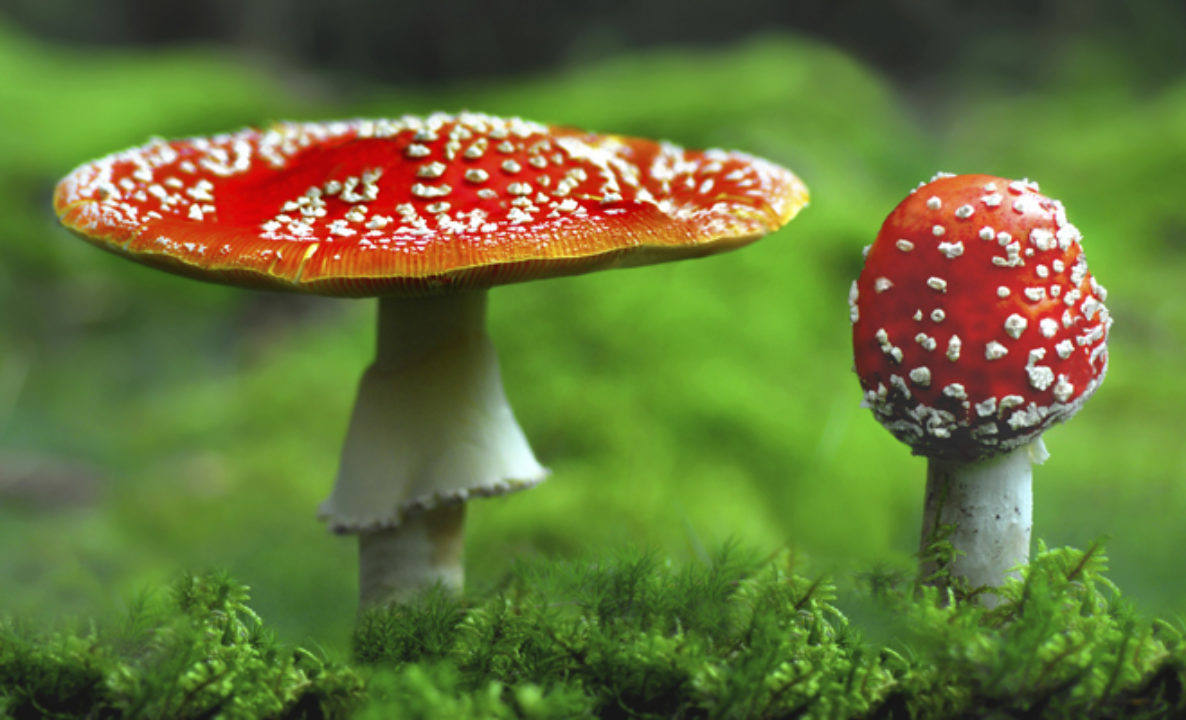 Infinite bliss and enlightenment may be just a breath away. But what does that really mean?

Many years ago a stage hypnotist came to my high school for a routine performance in which the finale involved telling a wispy teenage girl that she was as strong as a board — and she became that way. She was lifted by her shoulders and her feet and placed across two stools to form a bench. Then the hypnotist, a grown man, set one foot on her unsupported midsection and stepped up onto her. He raised his hands to great applause … and still her body didn’t bend!

The event has stuck in my mind because I was one of the people who placed her body between the stools. At the time I was a lineman on the football team and afterward, I tried to make myself board-like and support a teammate of mine. Could I do it? No. Four years later, now on the 1980 U.S. Olympic Rowing Team, I tried once more to turn myself into a bench. From rowing eight-person shells, I had learned a lot about the extended strength afforded by a team working in unison. But could I support one of my rowing buddies? Nope. Last year, after racing at the 2008 Olympic Trials, I tried once more, in case my increased concentration after so many years of rowing practice would make the -difference. Once again, I failed.

So how did that girl access that remarkable strength? Why can’t I match it?
Throughout the years I’ve asked myself those questions many times. Recently, however, during a conversation with neuroscientist Peggy La Cerra, it dawned on me that I may have been asking the wrong questions. That girl in high school didn’t remember what her body did on stage. Her “self” was elsewhere. Or to put it in La Cerra’s terms, her “behavioral intelligence system” had been temporarily co-opted by the hypnotist, and a new intelligence system had reconstituted her body to make it stronger than an Olympic athlete.

Neuroscientists say that your sense of self — your experience of being you — is being constantly created and re-created all the time by your brain, so this raises some questions that are both marvelous and frightening. How much stronger could my body be without me at the helm? What exactly makes me stronger or weaker? And, perhaps most important, what are appropriate ways to discover the limits of who I am?
Small questions … let’s play. And if you want to play, too, leave a comment below.

Outside Vegas, after a thunderstorm storm in the vast and empty desert, you might find a puddle and notice a common olive-green and white toad about the size of your hand — a Sonoran Desert toad. Be careful: it has poison glands on its neck and hind legs that can kill a dog. But the poison is also an enormously powerful spiritual medicine once used by the Olmecs (the earliest civilization in Central America), a medicine that scientists now identify as 5-Me0-DMT. This neurotransmitter occurs naturally in many plants and all mammals. Right now there’s a trace of this DMT inside you. Why? Because evolution is conservative: Nature uses the same chemical compounds over and over again in different species for different purposes.

It only takes two or three seconds after inhaling a large amount of 5-Me0-DMT for the neurotransmitter to flood across the blood/brain barrier. Resisting the experience may feel frightening. If you’re unlucky, you may be in for something profoundly awful. But if you are in a safe place, with gentle companions to watch out for you, and a calming ritual to place the experience in a sacred context, you may suddenly and completely dissociate. You will have no body. No thoughts.

No, 5-Me0-DMT is not a hallucinogen. Rather, it is the quintessential entheogen, a plant said to provide access to the God within. You may experience nothing, and in the emptiness could come an sensational comprehension of the biblical phrase “the peace that passes all understanding.” A few minutes later, as your self begins to be reconstituted, you may know the profound clarity that corresponds to enlightenment. Oh! So that’s what it is! After 20 minutes, what’s left may be an urge to snuggle. One alchemical brew of DMT is actually called “somadi” and aficionados believe it sets them on a journey directly to the heart of God.

Trying to Make Sense of This

I had the opportunity to ask highly regarded Hindu leader Swami Veda Bharati if he believed that a drug might open a portal to God, and he was adamant in saying no. Swami Veda achieved his enlightened state of consciousness — his own direct experience of God — over decades of disciplined mind training, and he was clearly appalled that someone might equate those hard-earned states of consciousness with an experience derived from the poison of a scaly green amphibian. I then asked the Swami how he knew that his experience was God and not just is own neurochemistry. He closed his eyes and smiled beatifically for about 30 seconds, apparently entering his state of communion with the higher power. Then, just in case I missed the point, he opened his eyes and answered “Silence.” When I asked the leader of a 5-Me0-DMT church, called the Temple of Awakening Divinity, how he knew his alchemical brew connected him to God, I got the very same response.

Years ago, Huston Smith, perhaps the most widely experienced and learned man on the subject of world religions, discovered that it is impossible for outside observers to differentiate between descriptions of drug-induced “mystical” states and the experiences of people regarded as mystics. Indeed, Smith said he got a better understanding of mystical states through a single experience with psilocybin mushrooms (which contain another form of DMT) than from a decade of meditation practice. It is also worth noting that buried in the Vedas, the oldest known sacred texts and the scripture of Hinduism, is a reference to soma, which many believe is an hallucinogenic substance. Soma may have lit the path to what became known as somadi in the same way that ayuaska and peyote still provide the opening to shamanic journeys. The identity of soma was lost — or perhaps suppressed because it was used recreationally — but soma may be one of many plants that contains 5-Me0-DMT.

The Stuff of Dreams

School districts, fearing lawsuits, no longer allow stage -hypno-tists to turn girls into boards and the use of the Olmec toad medicine can potentially lead to serious jail time. The -subject of entheogens actually feels dangerous to write about, and yet there is enormous irony in this: just as neuroscience is telling us that our sense of self is extremely malleable, even an illusion, society is fighting harder than ever to make sure that people are not free to play with themselves. What makes the battle more ironic is that some of these illegal substances are apparently already inside us. One might well ask why.

Let’s first look at the form of DMT contained in psilocybin mushrooms. For humans, it could be the stuff of dreams — a neurochemical involved in shifting our brains from our daily reality to the fanciful clearinghouse of sleep. When we ingest this DMT, colors and sounds may become more intense. As time goes on, we may enter an Alice in Wonderland waking-dream state of shamanic journeys. Neuroscientists insist that these journeys take place only inside our brains, but wherever they occur, the impact is so powerful that a study at Johns Hopkins found that 60 percent of 36 educated adults experienced a full mystical experience and afterwards categorized it as one of the top five most meaningful events of their lives.

There are also meditation teachers who claim that they can tell immediately if a student has undergone these waking dreams because the chemicals open pathways in the mind that most people never find on their own. Perhaps not surprising, waking dreams are found near the heart of many — if not most — religious traditions, and where magic mushrooms are not invited they tend to pop up anyway. For example, the reindeer at Christmas harken back to a pagan ritual involving bright red-and-white polka-dotted Amanita muscaria mushrooms. Reindeer love them and prance wildly, and the DMT passes unchanged into urine. Drinking either Rudolph’s urine or the urine of the shaman — perhaps the origin of the expression “to get pissed”? — allows people to fly.

The Stuff of Death

If magic mushrooms contain the stuff of dreams, Sonoran Desert toads may produce the stuff of death. Why? What’s the difference?
Once I was once upside down in my kayak for rather too long as I tried frantically to roll upright beneath a waterfall. I struggled and struggled, trying to clear my paddle blade through the intense white of the falls. It felt futile, but I kept doing the same thing over and over. Then, in an instant, I was completely at peace. I knew I was going to die, and that felt okay. I stopped moving for precious moments, hanging upside down in my boat under the raging waterfall, as images of my life flashed before my eyes. No regrets. Not really. Then came images of my young children — and instantly my self was reconstituted. At that moment I could have supported a teammate on my belly or lifted a truck off my daughter. Ironically, all I had to do was relax and slide out of my boat and let the current take me down and out beyond the falls. Twenty seconds later, I popped up, gasping for air.

So I wonder if that bliss was a product of my own natural 5-Me0-DMT acting as a “fail-safe” mechanism. Say you’re drowning or being eaten. At such a time, pain and fear no longer have survival value. Your normal behavioral intelligence system — your you — has failed to keep you alive. So a powerful neurotransmitter kicks in to overwhelm that self with pure bliss while another part of your brain frantically pours through your memories for some way to reframe the situation, some new way keep you going. Perhaps over time, and with the guidance of soma, serious meditators figured out how to achieve this same bliss without putting their lives at risk.

The Problem of Cheating

If I am honest with myself, I have to admit that one reason the board-like young woman stuck in my mind was that it didn’t seem fair. I worked so hard in high school to get on the football team. My first day in the weight room, I overdid it and threw up all over the place. I got cut up, beat up, and humiliated on my way onto the varsity — and then I lifted a little girl who somehow, through no effort at all, got stronger than me. Damn! So it’s not that hard to imagine how I might react if I’d spent years sitting on a cushion, guiding my consciousness toward an experience that I could barely tease from the face of my teacher, and then some stranger wanders in and says, “Heh! Why not just smoke this stuff?” I suspect that would try my compassion.

With hindsight it is easy to see plenty of reasons — both altruistic and self-serving — for the identity of soma being left out of the Vedas. Who would want to admit that “higher” consciousness may not be higher at all? Maybe somadi is a brain state that more accurately might be called “survival consciousness” or an awakening to the realization that in the grand scheme of things, our selves are not important at all. Oddly enough, that realization arrives with absolute bliss and what one might reasonably call an experience of God.