A rash is generally a minor problem that may go away with home treatment. In some cases a rash does not go away or the skin may become so irritated that medical care is needed. Rashes are generally caused by skin irritation, which can have many causes. 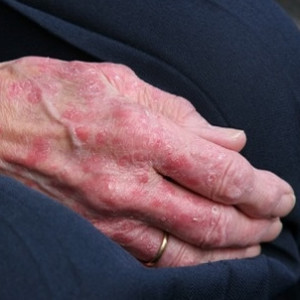 A rash is a change of the skin which affects its color, appearance, or texture. A rash may be localized in one part of the body, or affect all the skin. Rashes may cause the skin to change color, itch, become warm, bumpy, dry, cracked or blistered, swell and may be painful. Diagnosis must take into account such things as the appearance of the rash, other symptoms, what the patient may have been exposed to, occupation and occurrence in family members. The diagnosis may confirm any number of conditions.

What To Look For

Some common causes of rashes include:

Diagnosis
A physician can make a diagnosis based on the medical history and the appearance of the rash, where it appears, and any other accompanying symptoms.

Treatment
Treatment of rashes focuses on resolving the underlying disorder and providing relief of the itching that often accompanies them. Soothing lotions or oral antihistamines can provide some relief, and topical antibiotics may be administered if the patient, particularly a child, has caused a secondary infection by scratching. The rash triggered by allergies should disappear as soon as the allergen is removed; drug rashes will fade when the patient stops taking the drug causing the allergy. For the treatment of diaper rash, the infant’s skin should be exposed to the air as much as possible; ointments are not needed unless the skin is dry and cracked. Experts also recommend switching to cloth diapers and cleaning affected skin with plain water.

Prognosis
Most rashes that have an acute cause, such as an infection or an allergic reaction, will disappear as soon as the infection or irritant is removed from the body’s system. Rashes that are caused by chronic conditions, such as autoimmune disorders, may remain indefinitely or fade and return periodically.

Prevention
Some rashes can be prevented, depending on the triggering factor. A person known to be allergic to certain drugs or substances should avoid those things in order to prevent a rash. Diaper rash can be prevented by using cloth diapers and keeping the diaper area very clean, breast feeding, and changing diapers often.