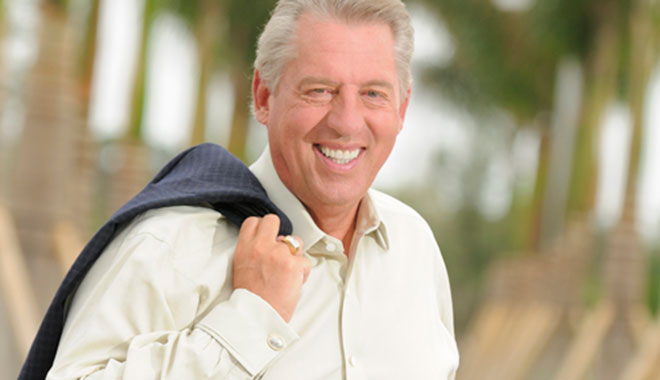 I get asked all the time what are some of the greatest things I have ever seen happen as a leader. So I compiled a list of a leader’s “greatest things.” I need to note this list is subjective and it comes from my own experiences as a leader as well as my own personal thinking. I hope that after reading what I have to say on the topics you will be inspired to come up with your own list.
Today I would like to share with you two topics from this list:

2. The Leader’s Greatest Weight—Responsibility
Confidence in oneself is the cornerstone of leadership. It is difficult for those who do not believe in themselves to have much faith in anyone else. Self-confidence brings confidence in others. I have often said a person who says, “I don’t think I can” is basically saying to themselves “I don’t think I am.” Because I am not, I probably can not.

I love leadership and I love history and one of my favorite people to read about is Harry Truman, who becomes a greater president in the eyes of many the longer he is gone. During his bid for the presidency in 1948, no one gave him a shot to win against challenger Thomas Dewey. During the campaign, Truman asked a man in the crowd how he intended to vote. “Mr. Truman,” the man said, “I wouldn’t vote for you if yours were the only name on the ballot.” Truman turned to an aide and said, “Put him down as doubtful.”

Here is what I know about leaders: The good leaders are confident.
“Thank you for joining our side!”I remember in 1991 when Boris Yeltsin—who was the first president of the Russian Federation—became the symbol of freedom around the world as he helped quell a hard-line coup attempt by standing atop a tank from the opposition. The commander of the tank was under strict orders by the government to go and get Yeltsin. But the commander was undecided in what to do because of all the change that was happening in the Soviet Union at the time.

What is not widely known about this story is when the tank approached him, Yeltsin walked over, got up on top of it, opened the hatch, shook the commander’s hand and said to him, “I want to thank you for joining our side!” And it was at that moment the commander decided to join the Russian Federation.

This is a classic example of the greatest asset a leader has: confidence.
Passing On Confidence to Others It has been said that you cannot pass on what you don’t have. And when you fail to have confidence in yourself, you fail to convey and pass on confidence to others. There is a security that people have in following a confident leader.

All the lessons I have learned, I learned from example. I remember as a pastor at my second church I had a staff member who mentored and taught a class to the new people in our church. He was very important to them because he was their first contact with the church and an effective teacher. To make a long story short, he decided to start his own church. And a lot of the members in his class went with him to his new church. Much to my surprise, Barbara, who was his right-hand person in the class, kept on attending my church.

After four weeks, I finally had to call and ask her why she didn’t go with the pastor to his new church, because I knew how much she liked him. She told me that after the pastor left, she had decided to come one more week and then start attending the other pastor’s church.

That next Sunday she was amazed that I wasn’t mad or upset that I had a smaller congregation. And she said to me, “When you walked out that day, you smiled at everybody, and I remember thinking, ‘Doesn’t he understand that his church just split? He shouldn’t be this happy.’ At the end of the service, and as a person new to the faith, I felt your confidence. And I keep coming back because I need that confidence. I need someone who knows what they stand for and knows where they are going.”

As I hung up the phone with her it was the first time I realized as a young leader that confidence could be passed on. As the leader goes, so go the people.

I’ll tell you why confidence is a huge asset. A lot of times in leadership you may not know what is in store for you around the bend, and you don’t have all the answers. But knowing who you are, staying true to your core values and principles and being confident that you are doing the best for your people, means confidence can become your greatest asset.

My father told me that 85 percent of the people in the world are very insecure. And if you are confident, most of them will follow you. I believe that to be true.
The Leader’s Greatest Weight—Responsibility One of the greatest illustrations of this weight is what Dwight D. Eisenhower must have felt when he gave the order to commence D-Day in World War II. Eisenhower was the architect of the invasion, and not only was he well aware of the casualties that would ensue for the Allied forces, he also understood the ramifications if the invasion were unsuccessful.

In Pat William’s book American Scandal, he shares the details of the incredible weight that Eisenhower bore leading up to D-Day.

A leader can give up everything but final responsibility.

In the hours prior to the attack, as rain splattered on the windows outside, Eisenhower sat down at a small table and wrote out—by hand—a press release to be used if the attack should be repelled. He wrote:

Our landing has failed… and I have withdrawn the troops. My decision to attack at this time and place was based upon the best information available. The troops, the air and the Navy did all that bravery and devotion to duty could do. If any blame or fault attaches to the attempt, it is mine alone.

Eisenhower had made up his mind in advance that he was going to bear full responsibility for whatever happened. He wasn’t going to put the blame on his advisors, bad weather, superior Nazi strength, or any other contributing factor. It was his responsibility and his alone.

If that doesn’t sum up a leader’s weight—and how well Eisenhower carried that weight—I don’t know what does. Writing it out before the attack was proof he fully understood he would get the credit if the invasion went well and all the blame if it didn’t. Whatever happened, it was his responsibility to bear.

If you want to be a good leader, never give that responsibility to anyone else. It’s something you don’t empower someone with or delegate. As with Eisenhower, it is yours and yours alone.