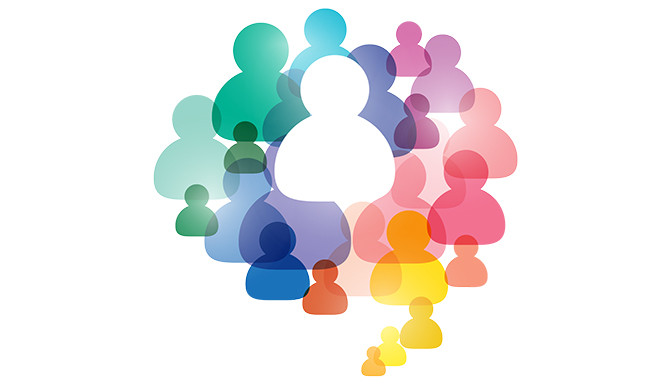 But her company’s growth took off—hitting records in 2011—when she joined the 7-Figure Club mastermind group, part of the women’s entrepreneur network Savor the Success. In 2013, Bild & Co. was named one of the nation’s fastest-growing health care consulting firms. And after the group’s input in January 2014, Bild replaced herself with a new CEO who added marketing and recruiting services to the company’s training division.

“I’ve had my company 15 years, and this was a major breakthrough,” Bild says. “Joining a mastermind gets you out of your box and helps you find answers faster than you would on your own. Anyone who owns a business should be in one.”

From Thomas Edison and Henry Ford to Bill Gates and Warren Buffett, many of the world’s most prolific entrepreneurs have participated in mastermind groups. These thought leaders have found power in the idea that two or more heads are better than one.

“Masterminds move you from great to mastery, from being tactical to being strategic,” says Peter H. Thomas, co-founder of the Entrepreneurs’ Organization (EO), a global network of more than 9,500 business owners. “It’s a group of people who are on the same journey—some of them are hopefully a bit ahead of you, and some of the best advice you’ll get is on what not to do rather than what you should do.”

Finding a mastermind, whether you join an existing organization or form your own, should be on every entrepreneur’s to-do list, says Thomas, whose EO sets up eight to 12 like-minded people in its online mastermind forums. “These people become very valuable to each other,” he says. “It becomes a place where you can bounce ideas. If you have a problem, usually somebody else has had that problem before. The wisdom of the group is incredible.”

Angela Jia Kim agrees. As co-founder of Savor the Success and its 7-Figure Club mastermind, she assembles groups of entrepreneurs like Bild who want to take their businesses to the next level. Kim organized masterminds for help with her own business, Om Aroma, an organic skincare line. “Entrepreneurs can be passionate, and they can also be overwhelmed,” she says. “Through the masterminds, we give and take advice. But there has to be chemistry among the members, or it won’t work.”

Bill Hibbler, co-author of Meet and Grow Rich: How to Easily Create and Operate Your Own “Mastermind” Group for Health, Wealth, and More, shares a proven technique for starting a group if you can’t find an existing one. He suggests assembling groups of five to six people. Fewer than that, and the knowledge base suffers; more than that, and meetings last too long. Start your group by building a relationship with one person, Hibbler advises. If you two click, bring in a third person temporarily. If this person is a good match, look for a fourth; add one at a time until you find the right mix.

Groups can be assembled with people from the same or different industries, with pros and cons to each approach. By gathering from different industries, the parties feel comfortable discussing product ideas because they aren’t competitors, Hibbler says. They also can glean an idea from another industry and apply it to their businesses in a fresh way. When members are in the same industry (but different markets, so they’re not sharing secrets with a competitor), rapport is often better. He has seen the power of the mastermind kick in and grow a simple idea for a new product into an entire line because the whole group is on the same page.

Mastermind groups offer members valuable benefits, including accountability. “If I’m working on a new book or project, I will tell my group that I’ll have a rough draft of two chapters done by next week,” Hibbler says. “I won’t want to come to the next meeting not having done my homework.”

An additional advantage is the power of simply stating your goals aloud. For years, Hibbler was in a mastermind group with self-help author Joe Vitale (Hibbler’s co-author on Meet and Grow Rich). “During one meeting, Joe shared his list of goals,” Hibbler recalls. “Before he finished his turn, he said, ‘One more thing: I want to be in a movie with a speaking part. I have no idea how it’s going to happen, but I’m putting it out there.’ ”

A week later, Hibbler says, Vitale got a call from a woman in Australia who was working on a movie with Chicken Soup for the Soul co-author Jack Canfield. The movie was The Secret, and Vitale became one of its featured experts.

Another perk is enjoying an expanded network. When Hibbler had an idea for writing about mastermind groups, he got a book deal, thanks to Vitale’s connections. Bild found an agent for her 2015 book, Get Your Girl Back—about pursuing your passions and creating an extraordinary life for yourself and your family—through her group.

You’ll discover less-tangible benefits, too. Says Dan Heuertz, president and CEO of the business management and consulting firm The Preferred Group and an EO forum member for 13 years: “I joined to learn more about running my businesses, but my biggest takeaway is that I learned more about myself as a businessperson. I know what I want out of my business from listening to the experiences of my forum mates. Mastermind groups help you clarify your thinking.”

You should structure your mastermind group based on the following considerations:

Frequency. Groups can meet once a week, every other week or monthly, and members’ commitment is key. “The No. 1 enemy of the mastermind is the group’s individual schedules,” says Angela Jia Kim, founder of the masterminding 7-Figure Club. “You need people who will sign an agreement that says they’re not going to miss.”

Location. Bill Hibbler, co-author of Meet and Grow Rich: How to Easily Create and Operate Your Own “Mastermind” Group for Health, Wealth, and More, says in-person sessions are best. If you can’t meet face to face, do conference calls or, better yet, Skype.

Time. Allow each member a set amount of time (Hibbler suggests 10 to 20 minutes) to talk about his or her business and receive feedback. When a person’s time is up, move on to the next person, even if all ideas haven’t been shared. “If you don’t, the meeting will take too long. You can always follow up after the meeting.”

Rules. Every group will come with its own ethos, Kim says. “It’s going to be a lot like a family dinner. You’ll have Uncle Jerry who talks way too much and Aunt Nelly who will be defensive. Come up with ground rules on what happens when there is a conflict.”