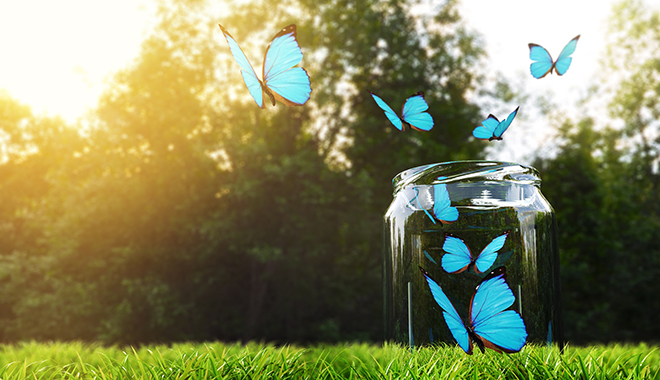 Entrepreneurs are can-do people. Do-it-yourselfers. You make it happen; you’re up for a challenge; you do it your  way.

But sometimes that attitude can backfire. If you’re so do-it-yourself that you get bogged down in tasks that aren’t part of your expertise, or if you spend too much time on tasks that don’t directly generate income, you might be doing your business more harm than good.

That’s when you should outsource.

For some entrepreneurs, turning work over to someone else is no big deal. Bring it on.

But others have a hard time letting go of any tasks, for various reasons . When Harry Hecht, an Orlando, Fla.-based mentor with SCORE—originally named the Service Corps of Retired Executives—encounters business owners who are reluctant to outsource, he has them track their  time. “I have them keep a log for at least two weeks of everything they do and how they spend each day. Then I have them rate [each activity] as to how much it’s moving them forward,” Hecht says. This usually opens the eyes of I’d-rather-do-it-myself types to exactly how their time gets nibbled away on tasks that others could do just as well or  better.

If you’re wondering whether you’re ready to outsource, the following tips and examples should be helpful.

Deciding What to Outsource

Having someone else take care of tasks that are beyond your expertise—and that includes tasks that you could muddle through but would take a lot of precious time—is a no-brainer.

From the moment she opened Ditto Boutique, a luxury consignment store in Dallas, Jane DeNike outsourced the complex tasks of payroll and paying taxes to a bookkeeper and accountant.

“Tax laws change. I want to make sure everything is paid quarterly, and I want all my W-2s to go out on time,” she says. Now, after merging her boutique with another, she and her co-owner plan to upgrade their website. While they ultimately hope to maintain the website themselves, DeNike says, they will hire a designer to get it up and running.

“You have to pick your battles,” DeNike says. “Sometimes you need to hire someone who’s a lot better at the job than you.”

Mary Beth Huffman, a SCORE mentor based in Carpentersville, Ill., also suggests that business owners outsource what they don’t have time to do or never seem to get started on, chores that take them too long, what they dislike doing, and time-sucking tasks that don’t generate income. “Often owners are so busy running their businesses that they don’t examine their activities closely enough to realize that others can assist,” Huffman says.

Some tasks are easy to do but also easy to hand off. While you’re certainly capable of answering the telephone, filing and ordering supplies, why waste your time on drudgery that almost anyone could do? Outsource them and you’ll have more time to focus on more important things.

In other cases, outsourcing specific tasks is simply a shrewd business move.

Cheryl Rosner, CEO of hotel-booking app Stayful.com, which has headquarters in New York and San Francisco, works with eight full-time employees and outsources to four specialists who are contract workers. She relies on these four experts to keep her company looped in on the tiny tweaks and massive overhauls in today’s quickly evolving technology. For example, anytime Apple changes its operating system or upgrades Siri, her company needs to adapt. “We want to work with people who are up to date in the areas that we’re iterating toward, so we outsource software development but keep design, engineers and product management within the company.”

Who You Gonna Call?

You uncover outsourcing talent about the same way you find employees: by networking in person or online, asking for recommendations, and interviewing  carefully.

You can advertise for freelance help on sites such as Guru.com or Elance-oDesk.com. These sites have systems in place to protect employers and freelancers from fraud and other risks, which makes them a much safer bet than, for example, a Craigslist ad, says Nick Loper in The First-Timer’s Guide to Hiring a Virtual Assistant, a free downloadable book at VirtualAssistantAssistant.com. For instance, Guru.com more or less holds the freelancer’s pay in escrow: You pay the website, but it won’t release the money until you pronounce the work satisfactorily completed.

Another option is to check the websites of professional organizations—the American Society of Journalists and Authors, for example, or the American Institute of Professional Bookkeepers—which usually provide ways to connect with their  members.

Virtual assistants, whom you connect with only online, are an increasingly popular option. These can be either independent freelancers or those who work with companies such as Zirtual.com or eaHelp.com, which have staffs of assistants available to their clients. Regus.com has a program that provides access to office space in 2,000 locations worldwide, with a couple of nice bonuses: The locations will answer your phone 24 hours a day as well as accept your mail and other deliveries. Some companies hire only United States-based assistants, while others, such as Worldwide 101. com, are—as the name suggests—global. VirtualAssistantAssistant.com has reviews and ratings of many virtual assistant companies.

When you start talking to a potential outsourcing hire, make sure the person understands your business and your needs and possesses the necessary skills. If you go the virtual route, you’ll find virtual bookkeeping services and phone-answering services, and you could even hire a virtual assistant to help you outsource, suggests Paula Rizzo, who covers outsourcing in her book Listful Thinking: Using Lists to Be More Productive, Highly Successful, and Less Stressed. A virtual assistant who charges per task can help you get started. For example, “you could have them research five top-rated web design companies according to your budget and time line,” the author says.

Rizzo also points out that outsourcing doesn’t have to be limited to office tasks—using a firm such as TaskRabbit.com, you can outsource whatever you don’t want to spend time on, including errands, buying gifts or planning a vacation.

You will pay either by the hour or a la carte for services. Loper suggests that a fair hourly rate for a U.S.-based virtual assistant is $10 to $20; an overseas assistant probably will cost less.

You’ll want a virtual assistant with three to five years of experience and references, Hecht says. “Talk to references in businesses or industries that are similar to yours.” Ask about the contract before you see it: Is there a cancellation clause? What about the confidentiality of your business  information?

And be sure to check out candidates so thoroughly that you’re sure they will fit your company culture, Rosner advises.

“As a company, we lead with our hearts and are very transparent with our suppliers,” she says. When an accounting firm that her company was considering suggested that delaying payment to suppliers would benefit her company, Rosner knew the fit was wrong. “We were scratching our heads, thinking, Well, no, we don’t want to do anything that would delay payment. Why would we do that?” She took her business needs elsewhere.

Do It Your Way

Before any sort of assistant—virtual or otherwise—starts work, you want to be absolutely clear on what must be done and how. For this reason, Hecht recommends spending some time documenting exactly, step by step, how you do things. “You need to map out the process,” he says. “If it’s answering the phone, you should have a script. If it’s data entry, you need to train them on the program. You should have a workbook of tasks and how they need to be done. The more detailed you are, the more they can be held accountable.”

While some virtual assistant services will assign you one assistant, with others, you might work with more than one person, possibly as many as six, Hecht says. A written workbook will save you time explaining your processes, and it will ensure that things are consistently done the way you want them without your constant  oversight.

“It does not work if you’re worried about whether the person is doing it or not. If you’re micromanaging, it’s just back on your plate,” Rizzo says. She recommends using sites like Asana.com or Evernote.com for managing projects. “I’m obsessed with Evernote,” she says in Listful Thinking. “I use it with my interns for my blog. We have shared folders, which we all have access to. Whenever we have an idea for a blog post or see an article we like, we add it to Evernote. We also make to-do lists for each other and can easily see what tasks still need to be checked off.”

If the idea of letting go of anything makes you nervous, start by outsourcing one small task such as answering the telephone. Then bump it up to scheduling. In time, your assistants will learn your ways, you’ll trust them to handle your jobs with care, and you’ll be free to concentrate on the things you do best and that build your  business.