A more intense yoga practice can give you a little more sweat, more strengthening, and a sense of empowerment.

One of the pieces of feedback I often hear from my yoga students is that the class was “exactly what they needed.” I am reasonably sure that’s because in my classes, I always give options so people can take what they need that day. Of course, some people will need modifications for injury or maybe they’re particularly tired on a certain day. But what if you want to ramp it up? A more intense yoga practice can give you a little more sweat, more strengthening, and a sense of empowerment.

Here are some suggestions for intensifying your yoga practice. You can add these into your home practice or even to a class with a teacher—but ask your teacher first if it’s okay for you to take poses they are not instructing. Not everyone is comfortable with that! As always, check with your health practitioner to make sure these poses are safe for you, and if anything hurts or doesn’t feel right, stop.

I like to joke that I do this one at the bus stop in the winter because it’s so good at heating up the body. You can add it anytime you are in Tadasana, or standing pose with your feet parallel. Simply bend your knees, keeping your core engaged and your back neutral. Lean your weight back into your heels so your glutes are working. Reach your arms forward and up without scrunching up your shoulders. The lower down you go, the more intense the pose will be, but don’t let your bum go below your knees.

Plank pose is a powerful part of the Vinyasa series you will often see in flow-based classes. It means coming forward from Downward Dog so that your shoulders are over your wrists and your body is in a long line from the crown of your head to your heels. Make it harder by tucking your tailbone and lifting or lowering your hips until you feel your core really engaging. This can be done on the knees if you are building strength here.

I highly recommend including a few push-ups in a yoga practice, partly because that Vinyasa flow series involves lowering halfway or all the way down before moving into a backbend. So, it’s a bit like half a push-up, and the biceps rarely get a chance to strengthen. Every time you move through that Vinyasa sequence, which is often given after every standing sequence in most Vinyasa yoga classes, you could add in three quick push-ups.

This can be done from Plank pose on or off the knees. I like to widen my hands a bit first and allow my elbows to move out to the right and left. Make sure your shoulders stay down your back and don’t creep up to your ears. Bend the elbows as much as feels comfortable (a centimeter will take you far if you do it often enough!), and then push back up. If you add in a couple of these every time you do a Vinyasa, they’ll add up quickly.

Crow Pose (and Other Arm Balances)

Arm balances are definitely the yoga asanas that need the most strength, and they are powerful. There are many of them, but the world of arm balances tends to open up once you have Crow pose down. (Watch my instructional video on this pose here.) 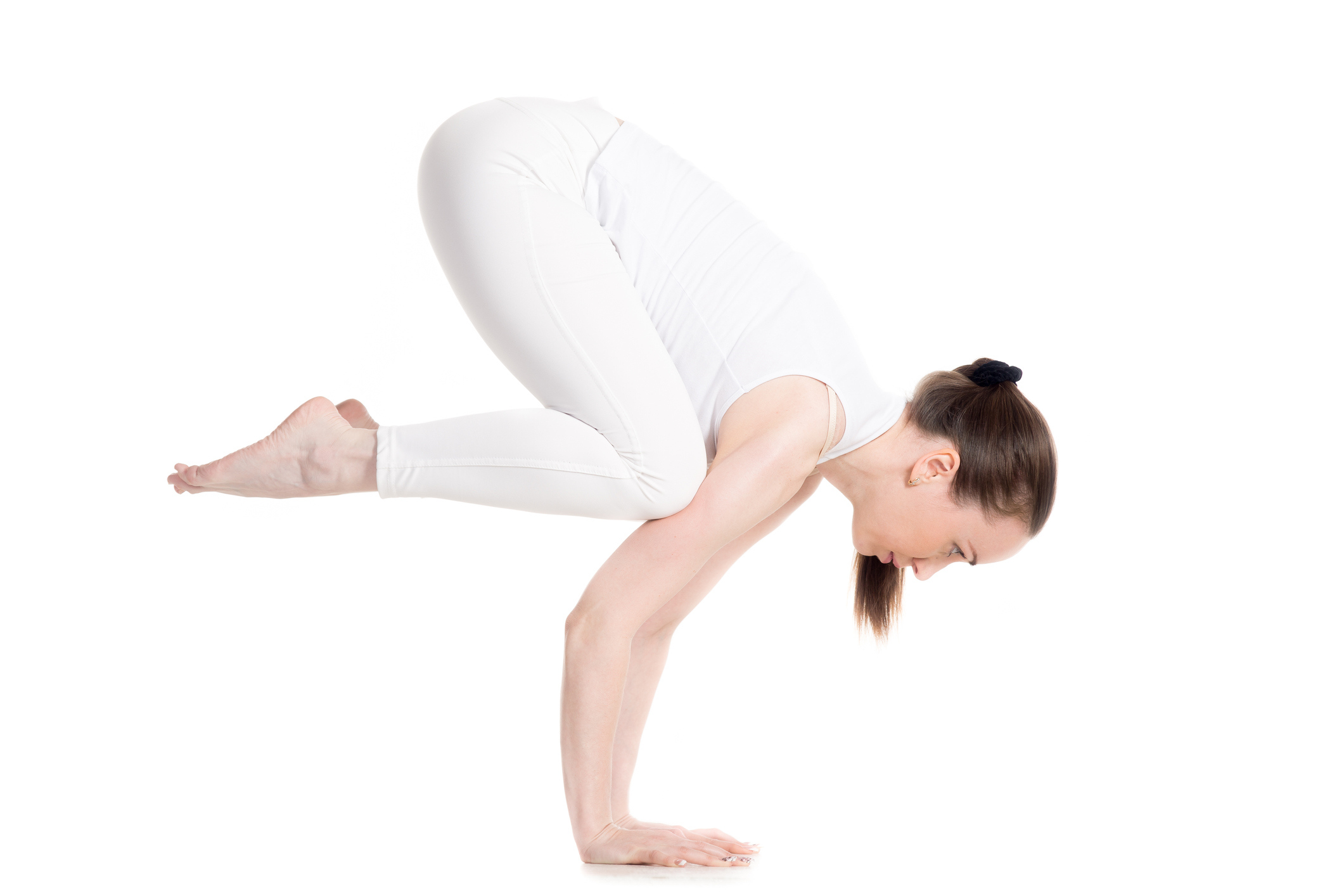