Flashbacks of traumatic scenes—such as a bombing or death of a loved one—are one of the hallmarks for those suffering from Post Traumatic Stress Disorder. Mentally healthy people are also affected emotionally by images that we encounter in our day-to-day lives. For example, you might replay an embarrassing moment at work, and feel increased anxiety about your job, or envision a relaxing Sunday spent at the beach, and feel more relaxed. A new study looked at how guided imagery could be used to tweak the images, leading to greater happiness.

Guided imagery is a technique that been used by psychotherapists and other trained practitioners to treat a range of issues, such as insomnia, chronic pain, post-traumatic stress disorder and grief. “The close relationship between the human imagery system and our emotions can cause deep emotional perturbations,” wrote researcher, Svetla Velikova, M.D., Ph.D. of Smart Brain in Oslo, Norway in the study. Velikova and her team wanted to see if people could learn to use guided imagery on themselves, similar to a meditation practice.

Thirty healthy volunteers underwent a two-day workshop to learn guided imagery techniques, such as imagery transformation; how to use positive imagery for future events and goals; and how to enhance mental balance. The group then used these techniques at home for 12 weeks, for 15 to 20 minutes a day.

Via EEG measurements of the brains of the participants, the researchers were able to compared the brain activity as “before and afters.” The results? The EEG data showed changed in the region of the brain known to be involved in imaging pleasant emotions and contributing to life satisfaction. There was also increased connectivity between areas of the brain linked to image processing between the two hemispheres. In psychological tests, the subjects’ depressive symptoms were reduced, and volunteers reported feeling overall more satisfied with life and more efficient.

Velikova and her team think that this self-guided imagery has great potential to boost everyday well-being, and as a tool to treat mild depression. The team noted it could also be used by businesses to boost morale and productivity.   By: Kathryn Drury Wagner

Inspired by Eastern medicine, M1ND is a dietary supplement made with L-Theanine, GABA (Gamma-aminobutyric acid), N-Acetyl L-Tyrosine and CERA-Q, clinically proven proteins derived from silkworm cocoons. Open your M1ND with 1 ounce of genius. M1ND…exclusively from Jeunesse. 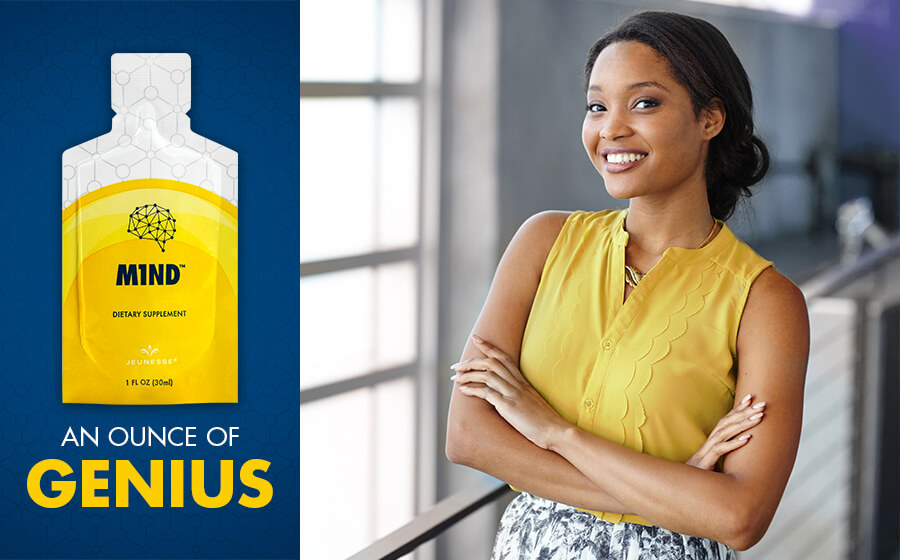