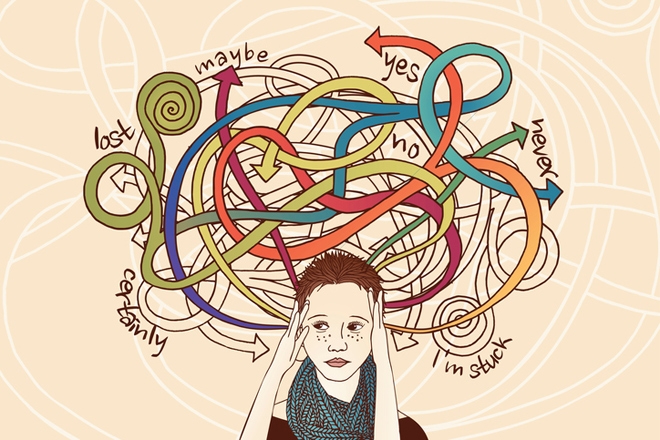 There’s good ruminating: Walking through the majestic oaks, contemplating life. And there’s bad ruminating, such as “I can’t believe I said that! Stupid! Stupid!” For some people, especially those with depression, persistent thoughts about past failures or perceived mistakes can cycle, becoming troubling and spiraling. At times, it may feel like this spinning mental wheel is out of control, but a new study shows a promising new way of stopping the rumination process: metacognitive therapy (MCT). In the study, published in Frontiers in Psychology, people with depression learned to halt the rumination process by learning more about their own thought processes. Simply realizing these were under their own control was liberating for many of them.

According to the MCT Institute, metacognitive therapy is an approach that helps patients develop new ways of controlling their attention to, and relating to, negative thoughts and beliefs. Then, patients learn to modify the beliefs that have been giving rise to these unhealthy thinking patterns. MCT is an alternative to treatments for depression such as medication and cognitive-behavioral therapy (CBT). In CBT, people analyze the content of their thoughts to challenge their validity and reality-test them. MCT, on the other hand, focuses specifically on stopping or lessening the rumination process.

“Patients with depression ‘think too much, which MCT refers to as ‘depressive rumination’,” writes study author Professor Roger Hagen, at the Norwegian University of Science and Technology’s (NTNU) Department of Psychology. “Rather than ruminating so much on negative thoughts, MCT helps patients to reduce negative thought processes and get them under control.”

“Instead of reacting by repeatedly ruminating and thinking ‘how do I feel now?’ you can try to encounter your thoughts with what we call ‘detached mindfulness.’ You can see your thoughts as just thoughts, and not as a reflection of reality. Most people think that when they think a thought, it must be true. For example, if I think that I’m stupid, this means I must be stupid. People strongly believe that their thoughts reflect reality.”

The patients in the study were treated with MCT for 10 weeks. After six months, 80 percent had recovered fully from their depression. A six-month follow up again showed similar results.

The study was and the authors hope more people will be treated for depression using this method. In addition to depression, MCT therapy has shown promise in treating anxiety, obsessive-compulsive disorder, panic attacks, and attention deficit hyperactivity disorder.  By: Kathryn Drury Wagner