Your Expert Guide To Stevia 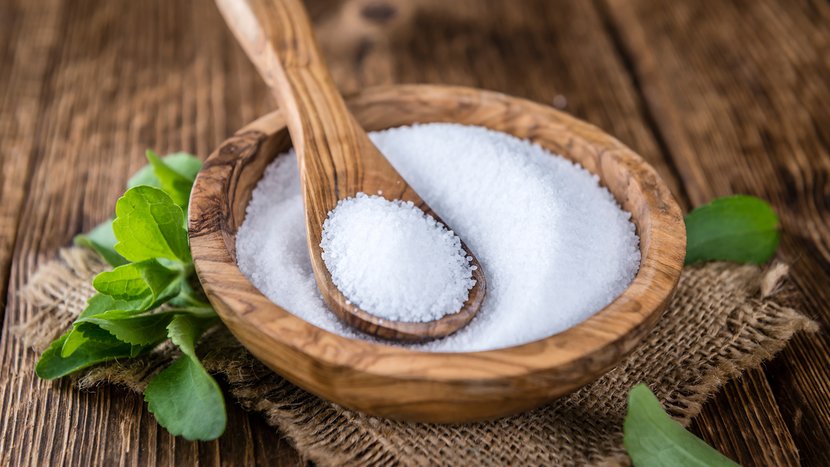 Used since ancient times, naturally, sweet Stevia is everywhere these days. Is it safe to add to your supplement supply, and will it help you lose weight? Learn how Stevia affects your health.

Cutting back on sugar is one of the most simple and effective things you can do to jumpstart your body-composition goals, whether you’re trying to lose fat or gain muscle. But we’re not gonna lie—the struggle to say no to the sweet stuff is also one of the hardest parts of clean eating.

Stevia is a natural, zero-calorie sugar substitute common in many foods. It may not be an identical match for the taste of sugar, but its sweet flavor is close enough to help many people stick to their nutritional guns. And as it turns out, stevia may even have additional health benefits. While the jury’s still out, stevia is emerging as a smart answer to your cravings.

What Is Stevia Made From?

Stevia is short for Stevia rebaudiana Bertoni, a plant native to the South American nations of Paraguay and Brazil. There are over 110 species of the stevia plant, although only 18 have confirmed sweetness properties.[1, 2, 3] Stevia is naturally sweet and is processed into powders and liquid drops that are used for sweetening foods. It’s considered a natural, safe alternative to artificial sweeteners.[1] However, recent interest in stevia has shifted from its use as a sweetener to its possible health-related benefits.[4,5] 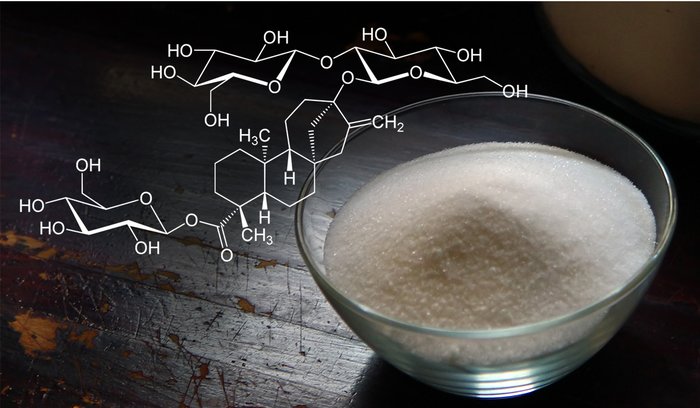 What Does Stevia Do?

The active chemical in Stevia that contributes the sweet flavor is called stevioside. It enables stevia to be a non-caloric sweetener that’s 100-300 times sweeter than sucrose.[1,2] Stevia was officially accepted as a dietary supplement for usage in the United States in 1995, and today, it’s commonly used to sweeten everything from coffee and baked goods to protein powder.[2]

What Are The Benefits Of Stevia?

Stevia has been consumed for centuries for medicinal purposes in South American countries, although its benefits have only recently been studied scientifically.[2]

The primary benefits associated with stevia include bodyweight and blood-glucose control. Recent studies have demonstrated the ability of stevia to help support healthy blood glucose levels, not just because it replaces sugar in the diet, but due to properties of the phytonutrients in the stevia plant.[1,5] Several studies have also shown benefits from sweeteners with zero or low calories related to body weight and calorie control.[1,4,5,6] 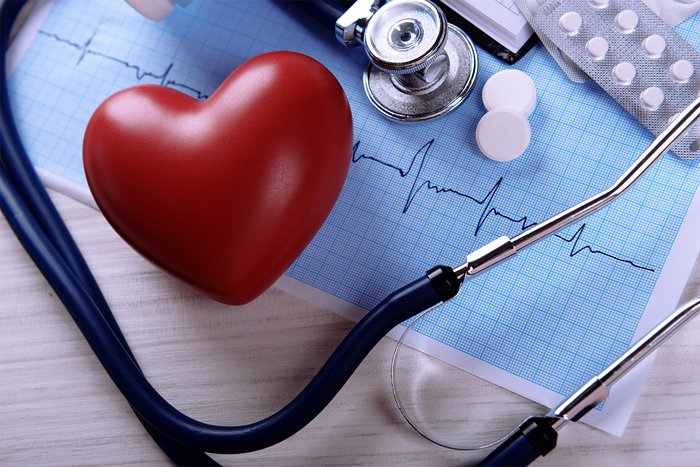 A growing body of research indicates stevia may also have many roles in supporting cardiovascular, dental, digestive, and immune health, due in part to the plant’s phytochemicals.[5] That’s not to say you should stop brushing your teeth and taking your blood-pressure meds, but when it comes to jazzing up your morning oatmeal, stevia offers more of a health upside than either sugar or artificial sweeteners.

Is Stevia Safe? Are There Any Side Effects?

Studies of the toxicity and safety of stevia have shown it to be safe for use as a sweetener for the general population as well as people with diabetes, and it doesn’t cause any known allergic reactions.[2] Still, like anything that’s great in small doses, it’s not a good idea to eat heaps of it at a time.[1] Talk to your doctor before using stevia if you have any concerns about whether it’s safe for you.

What Are The Possible Drug Interactions?

Stevia has no known drug interactions. One less thing to worry about!

What Forms Does Stevia Come In?

Dietary forms of stevia include Stevia rebaudiana Bertoni leaves and extracts. These extracts can be found in both powder and liquid states. Some of the powder forms of this supplement may include dextrose along with the stevia. These products are not pure stevia and may add small amounts of calories and carbs. In other words, they act a little more like real sugar.

Back in the day, people used to have to use dry stevia leaves to sweeten tea or chew on them to unlock the sweet flavor. Now we can simply open a packet or bottle and stir stevia into drinks or food as often as we like.

Are There Any Alternative Names For Stevia?

There are several commercial sweeteners on the market that are made with stevia, such as Truvia and Pure Via. These products include other sweeteners along with the stevia. Pure stevia will generally be marketed as just stevia. Read the nutrition label if you aren’t sure.