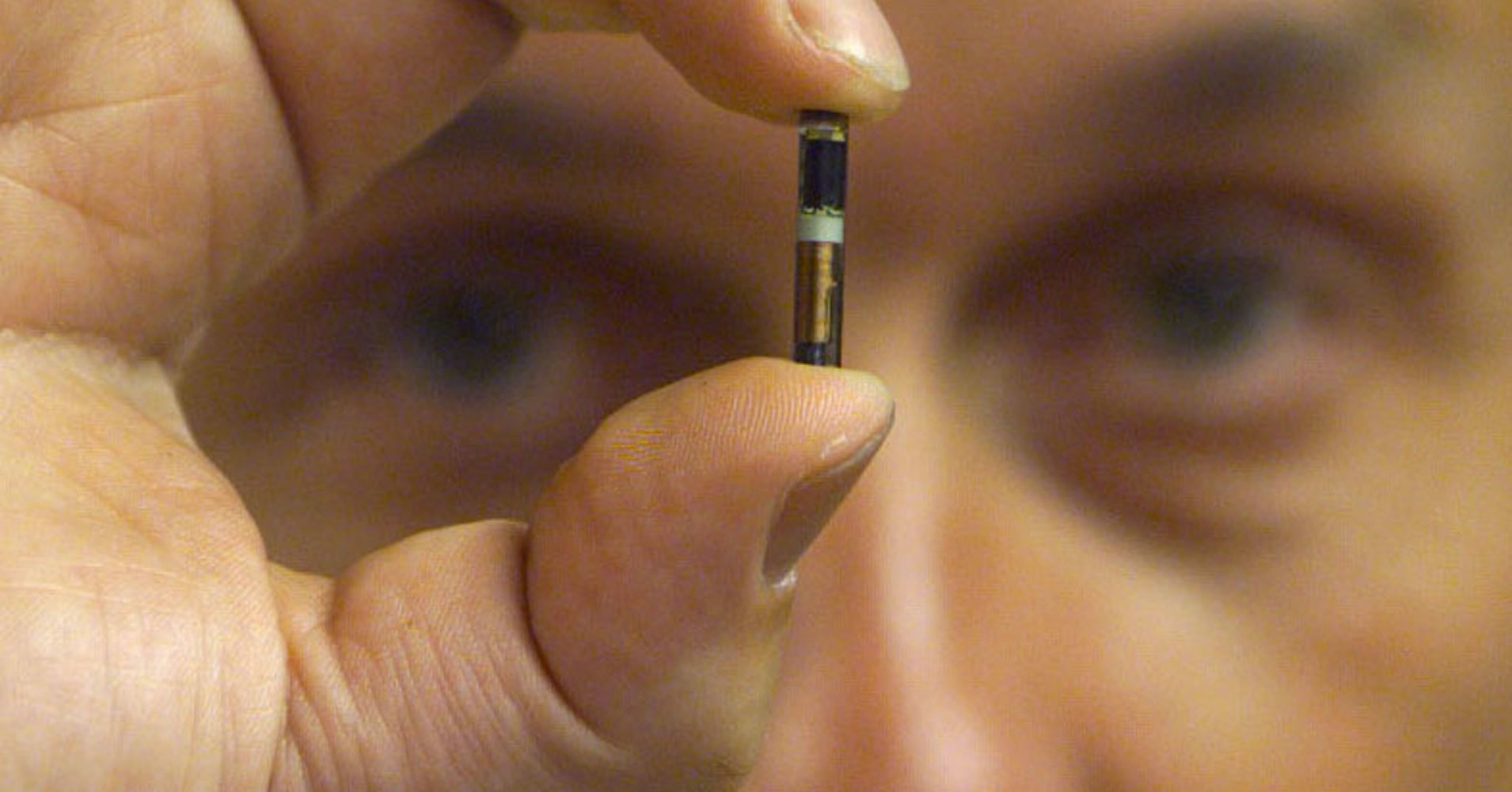 Employees At This Tech Company Can Now Volunteer To Get Microchipped

The world is one step closer to cyborg technology.

A Wisconsin-based technology company, Three Square Market, announced on Thursday that it would be offering its employees the chance to be microchipped. Volunteers can have RFID chips implanted into their hands that can then be used to access multiple features throughout the office building.

We foresee the use of RFID technology to drive everything from making purchases in our office break room market, opening doors, use of copy machines, logging into our office computers, unlocking phones, sharing business cards, storing medical/health information, and used as payment at other RFID terminals, CEO Todd Westby said in the companys press release.

Basically, this is a credit card and ID badge inside your hand.

The chip, roughly the size of a rice grain, uses the same near-field communication technology found in programs such as Apple Pay. Three Square Market, which createsvending machines and self-checkout technology for office break rooms and micro-markets, sees these body chips as the next advancement in its industry.

We see this as another payment and identification option that not only can be used in our markets but our other self-checkout/self-service applications that we are now deploying which include convenience stores and fitness centers, Chief Operating Officer Patrick McMullan said in the press release.

Three Square Market will begin the program on Aug. 1 and anticipates having about 50 volunteers.The company did not immediately respond to HuffPosts request for comment.

The idea of microchipping employees gained attention after aSwedish startup called Epicenter beganthe practice in January 2015 and now has 150 of its 2,000 workers chipped. Three Square Market will be using the same Swedish-based company, Biohax International, to manufacture and install the devices.

So-called body hackers install the chips using a pre-loaded syringe that implants the device between the thumb and index finger. Wired reporter Katie Collins had one implanted in 2015 and wrote that the pain was no more than an average injection.

The American Civil Liberties Union has taken a general stance against RFID tags in the past.

If personal identity were linked with unique RFID tag numbers, individuals could be profiled and tracked without their knowledge or consent, the ACLU wrote in position statement.

Wisconsins ACLU chapter did not immediately respond for a request for comment.Three Square Market CEOWestby told local ABC affiliate KSTP that the chips were encrypted and secure. And unlike microchips for a pet, there will be no GPS tracking on any of its devices.

Each chip costs about $300, paid for by the company and not the employees.