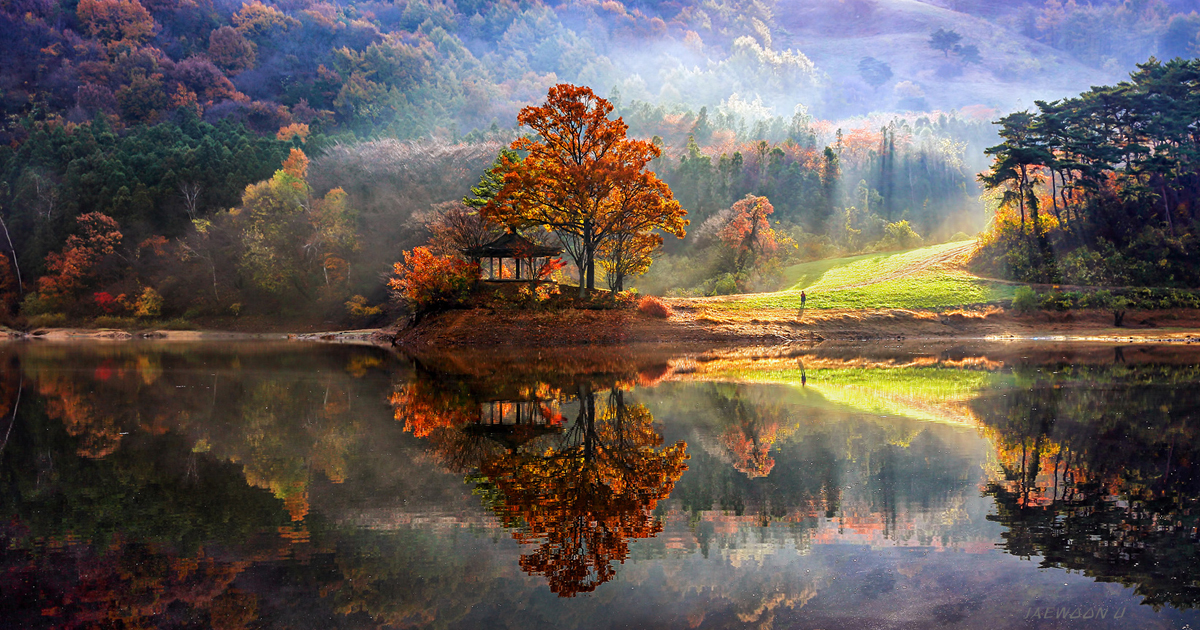 Mark Hyman and Mia Lux are trying to make people healthier—body and soul.

You get a lot of slashes and, according to Mia Lux, a lot of fungi jokes.

Mark Hyman and Lux met on what he calls a “26-day first date” when he was a speaker at a conference she curated and hosted. They’ve been together for three years, but the sparks were still flying when the Spirituality & Health team invaded their New York City apartment for a photo shoot and interview.

“We love the schmoopie stuff,” Hyman confirmed. He’s the author of 16 books, the most recent of which is Food: What the Heck Should I Cook? It’s the follow-up to Food: What the Heck Should I Eat? In both books Hyman tries to clear up the confusion about diet and nutrition, providing clear guidance without dumbing down a complex topic. He advocates for what he half-jokingly calls the Pegan Diet, a mix of the paleo and vegan approaches to food, explaining it as “eating grass-fed, regeneratively-raised meat and tons of vegetables, nuts, seeds, good fats—just real food.”

Lux is the creator and host of The Conscious-ish Show, a digital talk show inspired by The Daily Show, among other programs. “The late-night model works so well, but it’s only used for the 24-hour news cycle. Imagine if you used that structure as a delivery mechanism for awesome ideas,” she says.

Wearing a fuchsia jumpsuit, Lux points out a neon- painted, bedazzled Buddha sitting on a table. It’s a prop from her show. The vivid color palette is a choice, one of the many ways she’s hoping to add spark to a wellness world that can seem as serious as a Sunday sermon. It’s all about reaching people where they are—going to them—instead of sitting on the mountaintop waiting for a disciple.

At Cornell University, Mark Hyman spent more time thinking about Buddha than biology. Walden made a huge impression on Hyman as a teenager. Thoreau’s interest in Eastern religions, in particular, sparked Hyman’s curiosity and shaped his reading life, which led to majoring in East Asian Studies and studying Chinese. “I started to think about what I wanted to do. Did I want to be a monk? Did I want to be a rabbi?”

A couse on the Medicine Buddha led Hyman to create a class for himself on the world’s healing traditions. “I read about Chinese medicine, Ayurveda, shamanic healing, and really began to understand that it was some- thing that made sense to me—I wanted to be of service. … And being a doctor seemed like a good idea.”

Hyman filled out his resume with additional science classes after graduation and scraped his way into medical school, finding out he was accepted to the University of Ottawa’s program in the middle of August and starting two weeks later.

Hyman says that in medical school he filtered everything he learned through the lens of his previous studies on healing systems and nutrition. At the same time, “I really decided early on I was going to absorb [the traditional Western model] whole without fighting it and really learn it and become really good at it.”

After stints as a family doctor and working in an emergency room, Hyman was struggling to figure out his career path when he became seriously ill at age 36 with mercury poisoning. “Through that suffering and my complete physical collapse and mental collapse, I was able to really understand every aspect of my biology in a way that I couldn’t have otherwise. And it made me a much better doctor.”

It also gave Hyman the chance to reorient his career toward functional medicine, incorporating a bigger picture view of bodies as they thrive or fail. “Functional medicine is really about systems thinking. It’s about asking why. Not just what disease you have but why.” In the case of his mercury poisoning, the why included the facts that he was living in China amid very high pollution and cleaning out his air filter daily, along with a genetic predisposition that impaired his ability to eliminate toxins from his body.

According to Hyman, we’re in a slow-motion paradigm shift, “moving from a reductionist view to a systems view of biology. Network medicine, functional medicine, systems medicine—whatever you call it, it’s the same thing. It’s essentially reframing our notions of biology from symptoms and geography—where is it in your body and what’s the symptom—to what is the underlying cause and what are the networks that are disturbed.

“Functional medicine is the science of health. Understanding how to create balance in our fundamental biological systems determines if we are healthy or sick. Fixing those imbalances is the key to health and reversing disease.”

“Functional medicine maps out the fundamental laws of biology. A few laws of physics can create a bridge or a rocket ship, extraordinary complicated things. In the same way, in biology a few natural laws explain all the phenomenon of disease. They’re really about understanding the interconnectedness of everything, the web of function and dysfunction in the body.”

We’re at a point where we’re running out of time. We need the species to get better much, much quicker than we are,” says Lux. But a sense of urgency doesn’t mean shouting a message of change from the rooftops or scolding people from a soapbox.

“In the spirituality and wellness culture,” Lux says, “people have been trained that if they want to teach people, they have to come from a place of [she switches to a lofty voice] ‘I’ve done something, I’ve achieved something, I’m good at it now.’”

Lux knows from her own experience how off-putting that can be. A native of New Zealand, she started training to be a lawyer at 16. “I just got trapped into the sunken cost fallacy—‘I’ve studied for five years, so I should probably sit the bar. I’ve sat the bar, now I’m a lawyer, so I should work as a lawyer.’

“I ended up as a litigator for several years. You look at the statistics in America, like 50 percent of the female lawyers in America are depressed. I looked at the people ahead of me 5 to 10 years, and they were depressed, they were on drugs or alcoholic, they were divorced. There wasn’t a happy pathway.”

She retrained to be a high school teacher and was soon putting in 18-hour days, trying to figure out how to combine her classroom lessons on literature with life lessons. “Compassion, empathy, connectedness … the biggest dysfunction in the school system was the absolute lack of soft skills. These kids were being hammered with geometry and not being taught how to express their emotions.”

Those long days caught up with her in the form of adrenal fatigue. “I was just laying in bed, super depressed, no idea what to do next. I ended up going to a personal growth wellness conference. Which at the time, I was like, ‘This is gross. This is some weird cult.’ But my mom was like, ‘You need to go to this thing.’

Lux persevered and, in typical fashion, was soon all-in in the wellness world, working in Kuala Lumpur for Mindvalley, a global transformational education company. It was a crash course in wellness, Lux says.

Next she lived in Los Angeles, where she created video content for Mindvalley. Expert teachers spent several days in the city filming and then relaxing with the Mindvalley team. Lux was struck by a disconnect between the on-camera personas of the teachers and their personalities when the cameras were off. It reinforced her belief that the wellness world required a different sort of voice. For Lux, a big part of what she wants to see is a culture of vulnerability—“Being like, ‘Hey, I’m not sure, and maybe I’m still messed up, but here’s some stuff that I’ve learned along the way.’”

It’s about making people comfortable so that they’re receptive to new ideas. “We laugh, we feel great, we feel open, we feel connected,” Lux says.

What It Means to Go Pegan

Mark Hyman shares his food philosophy in his new book, FOOD: What the Heck Should I Cook?

My own journey sifting through nutritional literature and getting caught in the middle of the nutrition wars led me to create the Pegan Diet. It represents a middle ground based on science and is infused with common sense that accommodates a wide variety of eating styles and preferences while doing good for your taste buds, your body, the earth, and our society.

My food philosophy, based on nutritional research, recognizes the beneficial aspects of vegan and paleo diets, and many other types of diets, too. In fact, there are beneficial commonalities between these seemingly polarized diets; there are also aspects that make neither of them completely optimal on their own. That’s why I used the most well-researched and supported nutritional principles to create my Pegan approach. Best of all, there is room for personalization within it.

The Pegan Diet is a lifestyle; it’s a food philosophy. It provides guidelines that you can live by and thrive by.

I recommend you eat this way every day to feel your best.

The 10 principles of a Pegan Diet

Excerpted from FOOD: What the Heck Should I Cook? © 2019 by Mark Hyman, MD. Used with permission of Little, Brown and Company, New York. All rights reserved.

Which Is the Better Medicine: Laughter or Nutrition?

“Well, Mark’s not going to like this,” Lux laughs. “I know a lot of people who eat really well who live miserable lives.”

“Laughter is a sign of insight. If you’re a laughing person, it shows a mental state.

Without that, your mind is working against your body. You can feed it all the good stuff in the world. If you’re in a constant state of mental stress, anxiety, judgement, negativity, it doesn’t matter how much kale you eat.”

A good inner life may lead to a better diet: “If you’re depressed, you’re more likely to reach for that cookie. It’s all interconnected. We make those choices because we’re stressed, we’re on the run, we’re sad. We’re choosing a kind of physical violence against ourselves because we’re not aware in our bodies and happy.”

When Hyman is asked the question, he takes a long pause before answering. “I would say nutrition.” Lux razzes him from across the room and he smiles. “If you are severely nutrient deficient, it’s hard to be happy or laugh. You have to start with the foundation. Laughter comes in a close second.”

Crunchy, creamy, buttery, and chocolatey—these cookies are an unbelievable treat. A luscious chocolate filling with a hint of maple is layered between two spiced almond cookies. They will melt in your mouth. Enjoy them with a cold glass of nut mylk.

Excerpted from FOOD: What the heck Should I Cook? © 2019 by Mark man, MD. Used with permission of Little, Brown and Company, New York. All rights reserved.