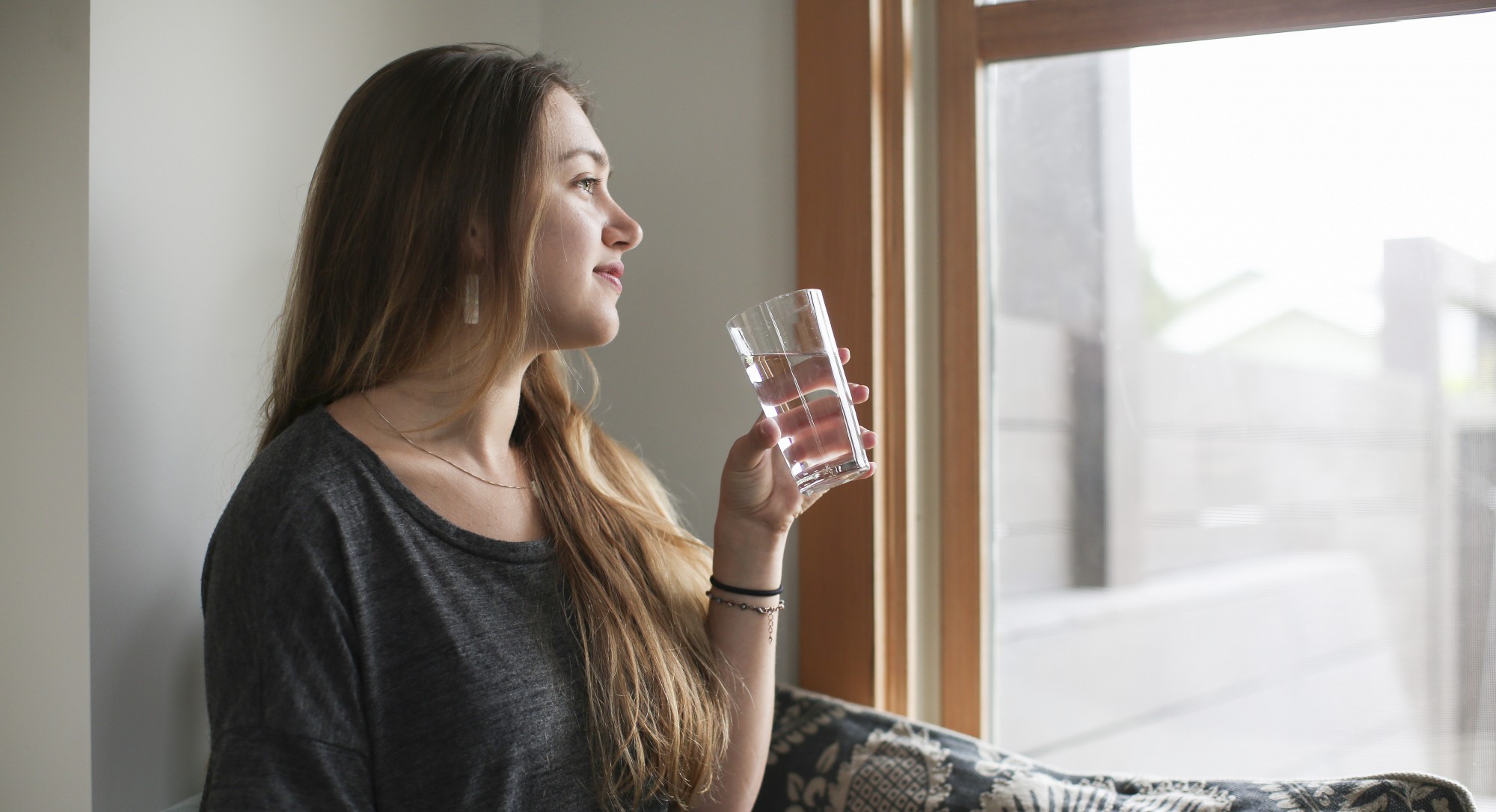 Every culture has their morning rituals for wellness. In Hawaii, some islanders paddle out into the surf on dawn patrol before they even wipe the sleep out of their eyes.

They drink it—and lots of it—first thing in the morning on an empty stomach. Known as water therapy, Japanese tradition holds that this practice has healing powers that can cure conditions such as arthritis, epilepsy, meningitis, diabetes, and even cancer. It’s a bold statement, yes, but they might be on to something—the country boasts the highest life expectancy of women, at 87 years, and Japanese men’s life expectancy—80 years—sits at the top of ten countries worldwide with the longest lives.

There are plenty of reasons to chug water first thing in the morning. Aside from providing essential rehydration after a night of fasting, many believe that this simple act can awaken the metabolism, provide an initial shot of energy, as well as replenish the brain, which is comprised of nearly 75 percent water. Hydrating with water can also flush out toxins that the body has worked to eliminate overnight.

So how much water are we talking? Japanese traditional medicine recommends guzzling about two to three glasses of room-temperature water immediately upon waking. If that seems like a lot, don’t force it—start with one glass and work up to more depending on what works for your own body.

And the Japanese aren’t the only ones praising the powers of a morning drink of water—the Ayurvedic version of water therapy involves adding in some lemon. This tradition calls for a glass of warm water with the juice of half a lemon upon rising, and this drink is also believed to heal the body.

Lemons contain vitamins and minerals that can help remove toxins from the digestive tract, while warm water can speed up the process. Quickly clearing metabolic waste in this way can maintain healthy kidneys (where urine is formed before it exits the body with waste in tow), which also play a role in overall immune health. Vitamin C gives an immunity boost as well, while potassium can stimulate the brain and nervous system. Antioxidants give this simple tonic the ability to fight free radicals for improved skin texture and elasticity, as well.

While the physical health benefits of lemon water are enough reason to start the regimen, the notion of detoxing with this drink while avoiding food altogether may be just another health myth. It might be best to keep it as a supplementary beverage throughout the day, and especially as part of a wake-up routine. Ayurveda holds that focusing on morning rituals in general can align the body with the rhythms of nature and improve self-esteem and self-discipline. All in all, sounds like a flawless start to any day.  by Dana Poblete