Coffee Can Keep You Healthy 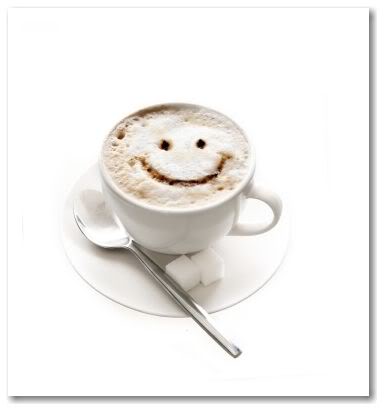 Coffee Can Keep You Healthy

It will come as no surprise that coffee contains caffeine. However what maybe a surprise is that it is a recognized psychoactive drug that alters brain function and perception. As such it is the ONLY such drug that is currently unregulated in the western world – but is it bad for you?

The FDA has graded caffeine as ‘safe’ and recognized it to have some benefits to health if drunk in sensible amounts.

Results from various medical studies have shown that moderate regular coffee drinking in healthy people can be mildly beneficial and that those who drank any coffee lived longer than those who did not. However, it must be noted that differences in age, gender, health status and the number and size of coffee servings consumed does have an effect on results.

It has also been widely stated that it is believed coffee is no longer thought to be a risk factor in coronary heart disease – in fact, it has been established that those who drink a moderate amount of coffee (no more than 3 cups a day) had a lower rate of coronary heart problems than those who did not. Moreover, following a ten year study of American females with a mean age of 63 years, it was realised that the action of caffeine, in blocking the inhibitory effects of adenosine on dopamine nerves in the brain, reduced feelings of depression. Other formal studies have indicate that coffee may inhibit certain enzymes related to Type 2 Diabetes.

Drinking coffee definitely makes you feel more alert and increases your energy levels when you feel tired because it contains the caffeine stimulant mentioned above. Your mood, memory and general cognitive levels are increased in a positive direction from the moment caffeine is absorbed in to your bloodstream. Since caffeine is also loaded with antioxidants there is some benefit in lowering the risks associated with a number of serious diseases.

A single cup of coffee contains many nutrients such as: Riboflavin (Vitamin B2): 11% RDAPantothenic Acid (Vitamin B5): 6% RDAManganese and Potassium: 3% RDAMagnesium and Niacin (B3):2% RDA

After several studies, it has been found that coffee may also protect you from Alzheimer’s disease and Dementia. The former is a destructive brain degenerative condition for which there is no cure. It usually affects people over 65 years and, whilst it is, of course, important to always continue to eat healthily and exercise, in order to maintain optimum physical and mental agility, coffee drinkers have been found to have a 65% lower risk of getting dementia.

Similarly, coffee drinkers have been found to have a much lower risk in developing Parkinson’s disease – the second most common neurodegenerative disease in the world and with no known cure.  By Fenton Wayne