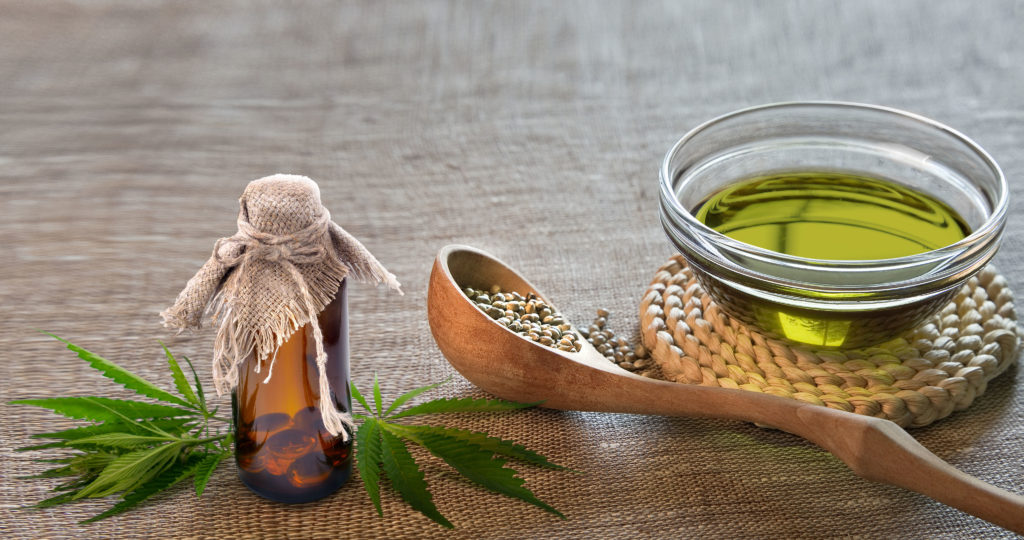 On December 20, 2018, the president signed into law the Agriculture Improvement Act of 2018.[1] More commonly known as the Farm Bill of 2018, this act addresses a number of issues that pertain to our nation’s farmers, such as wetland conservation, environmental quality incentives, and food trade requirements.

However, one of the major changes this act has made to U.S. law is in regard to hemp. Specifically, it removed hemp from the Controlled Substances Act, effectively making fiber-containing marijuana plants no longer illegal under federal law.

This has prompted many Americans to consider the use of hemp oil, CBD oil, and other CBD products to help them better deal with mental health conditions like anxiety. Why is this such a concern?

Anxiety disorders afflict roughly 40 million adults in the United States according to the Anxiety and Depression Association of America (ADAA).[2] That makes this category of issues—which includes generalized anxiety disorder, panic disorder, social anxiety disorder—the most common mental health illnesses in the nation.

The ADAA adds that, though anxiety disorders are typically treatable, only one in three Americans (36.9 percent) with this mental health condition are actively engaged in some type of anxiety treatment. Research has found that feelings of shame, fear of being judged, not knowing where to go to obtain effective treatment, and not having the financial resources necessary to treat anxiety oftentimes keeps people from seeking care.[3]

Because of all of these reasons, people who want to experience less anxiety in their lives may choose to seek a natural remedy they can purchase over-the-counter that provides anti-anxiety effects. Studies have found that CBD is one such option.

CBD stands for cannabidiol, a chemical compound found within the flower of cannabis, which is another name for the marijuana plant.[4] Furthermore, this substance is thought to promote health based on the way it interacts with the body’s endocannabinoid system.

The University of California, Los Angeles (UCLA) explains that the goal of the endocannabinoid system is to maintain homeostasis.[5] This means that it strives to achieve a level of stability related to basic processes that impact things such as mood, sleep, immune function, reproduction, stress, metabolism, appetite, and more.

The way this system works is by endocannabinoids like CBD binding to specific receptors (namely, CB1 receptors and CB2 receptors) which are located throughout the body. When this occurs, it signals the nervous system to take the actions necessary to create a more stable level of health and wellness.

Many studies have found that one of the positive health effects that CBD provides is due to its anti-anxiety properties.

For instance, one study published in the Journal of Psychopharmacology subjected 40 subjects to a public speaking simulation, which is a situation that brings about anxiety in a lot of people. Each person was given either CBD, diazepam (a generic name for Valium), or ipsapirone (an anti-depressant and anti-anxiety medication) to see what effect if any, these substances had on their levels of anxiety.[6]

Subjects were then evaluated using the Visual Analogue Mood Scale and State-trait Anxiety Inventory. According to these measures, researchers found that CBD decreased anxiety which was present after the public speaking simulation. Therefore, they concluded that this chemical compound offers anti-anxiety effects in stressful situations.

CBD can also potentially provide relief for other mental conditions typically characterized by high levels of anxiety, such as post-traumatic stress disorder (PTSD). For example, research published in Current Opinion in Psychology notes that when individuals with PTSD took CBD, they had positive effects related to reduced insomnia and modulated fear. The CBD also served as an anti-depressive and anti-anxiety treatment remedy.[7]

While both animal and human studies have connected CBD to the relief of anxiety, it has been somewhat unclear exactly how it creates this positive effect. So, in an attempt to learn more, one study looked at 10 “treatment-naïve patients” with social anxiety disorder. [8]

During the initial double-blind session, these first-time treatment seekers were given either 400 mg of CBD or a placebo. Then, during a second session of the study, the same participants were given the opposite (subjects who had previously received CBD were given a placebo and vice versa).

After analyzing responses in the study subjects’ brains, researchers concluded that CBD appears to help reduce anxiety because of the way it affects limbic and paralimbic areas of the brain.

Research has also found that CBD can sometimes provide additional health benefits beyond those associated with reducing anxiety. For instance, some studies have noted how it can potentially provide relief from chronic pain conditions.

One such piece of research involved 177 cancer patients who were having difficulties finding pain relief, even after taking opioid drugs.[9] The subjects in this study were divided into three groups.

When compared to the placebo, the group that received THC with CBD had two times as many subjects who reported a pain reduction of 30 percent or more after taking these two extracts.

Research has also found that CBD provides positive effects related to blood pressure. In one case, when healthy male volunteers were treated with a single, 600-mg dose of CBD, they experienced lower systolic blood pressures and lower blood pressure in times of stress than those who received a placebo.[10]

Other studies have found that extracts are taken from the marijuana plant also offer anti-inflammatory benefits, which is why medical marijuana is often a consideration by people who suffer from inflammation-based health conditions.[11]

Because CBD research is still in its infant stage, with many of the studies being conducted in recent years, there is still a lot to learn about what impact CBD has on specific mental and physical health conditions.

That said, the U.S. National Library of Medicine reports that more clinical trials are scheduled to help us learn and understand more about how CBD impacts inflammation, anxiety, and other medical conditions.[12]