You might think that being jabbed with a needle and zapped with an electric shock would raise your blood pressure, but a groundbreaking study has shown that this ancient Chinese practice can help treat a modern health problem. One in three adults in the U.S. today has high blood pressure, which is a leading cause of heart disease and stroke. The malady costs the country an estimated $51 billion a year, according to the Centers for Disease Control. Researchers at the Susan Samueli Center for Integrative Medicine have found that acupuncture can effectively treat patients with mild to moderate high blood pressure.

In a clinical study, 65 unmedicated patients were separated into two groups. One group received electroacupuncture—a type of acupuncture that uses low-intensity electrical stimulation—on both sides on their inner wrists and slightly below each of their knees. The other group also received electroacupuncture, but at different acupoints (in their forearms and in their lower legs). Seventy percent of the first group had a drop in blood pressure. The changes were fairly small; about 6 to 8 mmHg for systolic blood pressure (that’s the high number of the two, like 117/76) and 4 mmHG for the diastolic (the lower number), but they were still considered clinically meaningful. Better yet, the reductions lasted for up to a month a half. No changes in blood pressure were found in the second group. 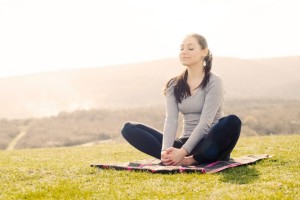 “Because electroacupuncture decreases both peak and average systolic blood pressure over [the course of] 24 hours, this therapy may decrease the risk for stroke, peripheral artery disease, heart failure and myocardial infarction in hypertensive patients,” wrote researcher Dr. John Longhurst, a University of California, Irvine cardiologist and former director of the Samueli Center. Researchers felt the technique may be especially helpful for treating patients over the ages of 60.

This clinical study is the culmination of more than a decade of research in this area, Longhurst noted. “By using Western scientific rigor to validate an ancient Eastern therapy, we feel we have integrated Chinese and Western medicine and provided a beneficial guideline for treating a disease that affects millions in the U.S.”