5 Cures For Insomnia You Haven’t Tried Yet 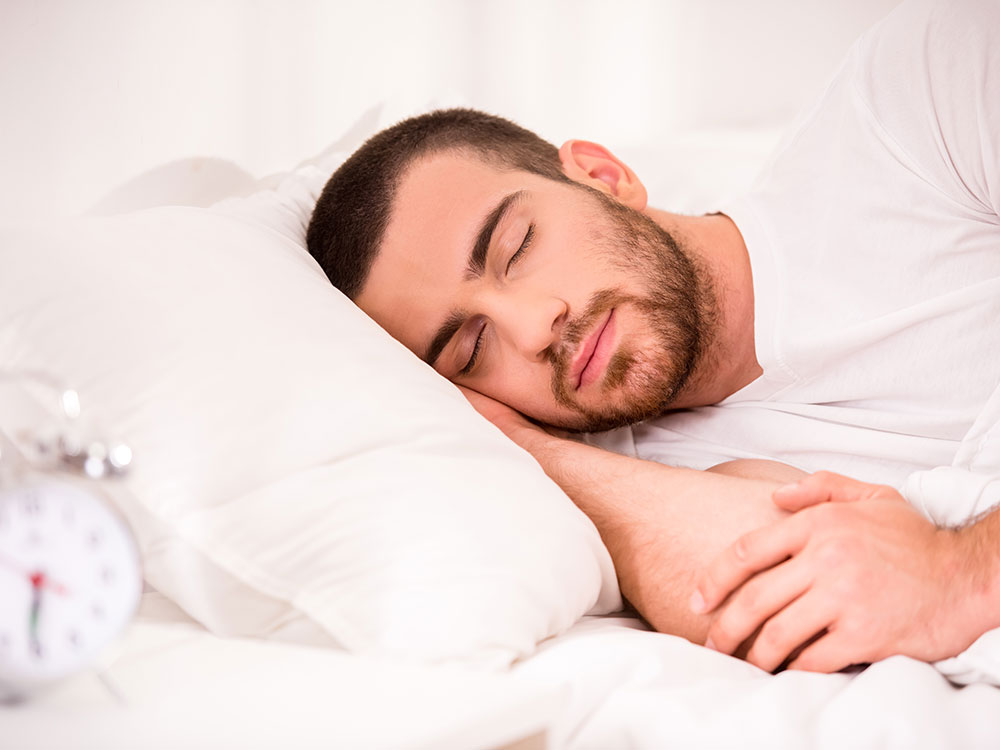 Here are five new ways to make peace with your pillow.

My husband and I once saw a coffee shop called Insomnia that oddly, closed at 4 p.m. If only it were so easy to knock out for the 60 million Americans who suffer from this sleep disorder. You may have tried lowering your thermostat. You may have tried avoiding caffeine after 1 p.m. Or darker blinds. Or cherry juice. No dice? Here are five new ways to make peace with your pillow.

You’ve heard about cutting down on screen time before bed, as the blue light from cell phones and computer screens can interrupt your body’s production of melatonin. Well, light a candle and read by candlelight. The glow combines amber light, which is good for melatonin production, and is so cozy and Benjamin Franklin-like. For this new ritual, use beeswax candles to avoid toxic ingredients, and always extinguish the candle before you go to sleep or leave the room.

The Sleep Shepherd is a pretty cool gadget. It looks like what you’d wear to warm your ears when skiing, but combines EEG brainwave monitoring with a biofeedback system. It plays two tones in each ear, to gradually lower your brain rate into a slower speed, conducive to sleep.

Why count sheep when you can create beautiful spirals of mathematics? The Fibonacci Sequence is the work of a medieval Italian and goes like this: 0, 1, 1, 2, 3, 5, 8, 13, 21, and on and on. The next number is determined by adding up the two numbers that precede it.

According to Elle Decor, a big trend in luxury housing is separate master bedrooms. It reported that nearly one out of three people seeking homes that are $2 million or more have expressed interest in that particular layout. Sleeping alone, let’s face it, leads to sounder rest for many people, no matter how happily coupled they are. So which way to the East Wing, darling?

In Tibetan medicine, insomnia is associated with an imbalance of rlung, which translates to wind and is a similar concept to a qi; it’s one of the main humors of the body. Too much thinking, mental overstimulation, can lead to this rlung imbalance, according to the Tibetan Healing Arts blog’s Anasuya Weil. The cure? Hot baths and a massage with oil, especially on the soles of the feet, the palms and the top of the head at the crown chakra.