Ginger is a powerful superfood that can increase brainpower, boost immunity … and maybe even fight cancer.

Spicy, sweet, and distinctively flavorful, ginger isn’t for the faint of heart. A shot of raw ginger juice is often so strong it causes the eyes to water and lungs to burn, but it doesn’t always need to be that aggressive. Just a dash of dried or fresh ginger adds an extra kick to chai tea and gives stir-fry dishes a flavorful zing.

And it’s good for more than just cleansing the palate after a spicy tuna roll—ginger has plenty of health benefits, and has been used as a herbal remedy for everything from morning sickness to flatulence. But beyond its traditional uses, science has proven that ginger is a powerful superfood that can increase brainpower, boost immunity … and maybe even fight cancer.

Here are a few convincing reasons ginger deserves a spot in every kitchen. 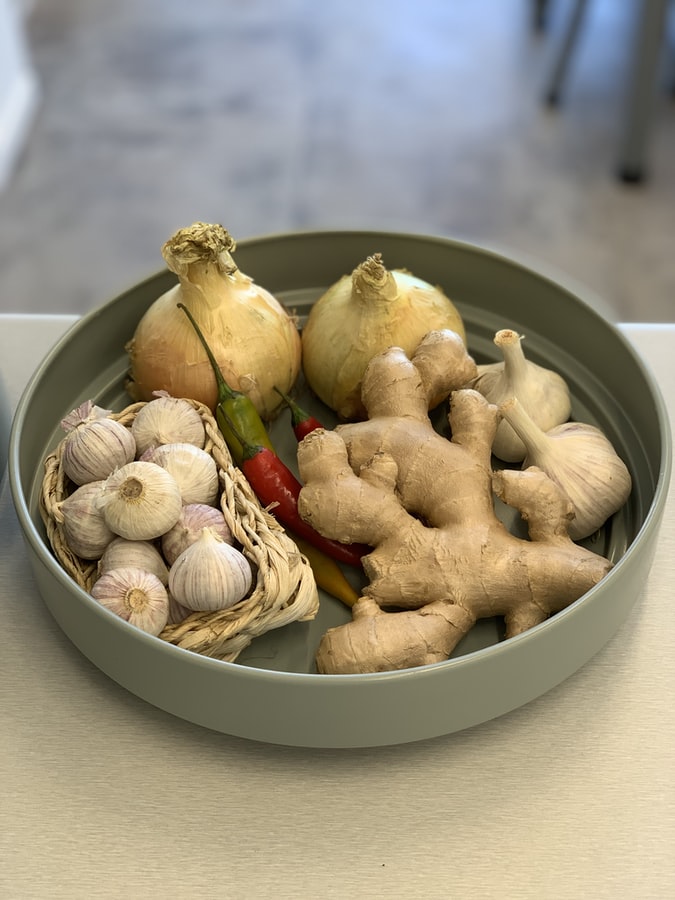 Ever wonder why you reach for ginger ale when a stomachache hits? Nope, it doesn’t have anything to do with the carbonation. Ginger is extremely effective at fighting nausea, and anyone who’s battled seasickness or the flu knows that sipping a ginger soda can ease a queasy stomach. A dose as small as 1.1 to 1.5 grams has proven to be effective at for helping everyone from chemotherapy patients to expectant mothers with morning sickness feel better.

It may also help you feel better after eating too much. A study from Taiwan found that in healthy people, eating ginger capsules (about 1 gram) accelerated digestion—by 50 percent, which is good news for those with chronic indigestion or flatulence. Ginger seems to also boost the production of saliva and digestive fluids. So if you’re feeling stuffed after a meal, eating some fresh ginger slices or sipping ginger tea may ease your discomfort.

It can boost immunity

Gingerol is the active compound found in fresh ginger that can lower the risk of infection, which is why some tout ginger juice as the ultimate cold-and-flu fighter. Multiple studies have found gingerol to be antibacterial against drug-resistant germs and growth-inhibiting for other strains. And you might want to switch over to a ginger-infused toothpaste—research reveals the bacteria linked to gum diseases like gingivitis and periodontitis don’t stand a chance against gingerol. It’s also incredibly powerful against the RSV virus, a major cause of lower respiratory infections that’s common in infants and toddlers.

Whether it’s chronic joint pain, monthly PMS, or a nasty sinus headache, ginger could be the organic answer to your pain-relief prayers. Like its cousin turmeric (they’re from the same plant family), it has anti-inflammatory powers that can ease the pain of osteo- and rheumatoid arthritis. New Year’s resolution to run more leaving you with achy knees? In a study of 247 people with knee-joint pain, supplementing with ginger was proven to be effective in easing aches and reducing symptoms of osteoarthritis. And it doesn’t need to be taken in pill form to help—applied topically as a cream or salve, it decreases pain and stiffness in joints.

Painful PMS cramps have some women regularly grabbing a few ibuprofen for relief. But long-term use of Advil and Motrin can have damaging effects on the intestines, liver, and kidneys, making it a less-than-optimal choice for frequent use. Instead, opt for one gram of ground ginger during the first three days of your cycle. And research backs up the effectiveness of this old wive’s tale—ginger can be as successful at relieving pain as NSAIDs and ibuprofen.

Even headaches are no match for ginger’s pain-blocking compounds. Prostaglandins—the lipids produced by tissue damage or infection—control inflammation and blood flow. By blocking them from acting, ginger prevents the release of some hormones that make a headache even worse and stops pain before it starts.

It may improve brain function

When it comes to brain health, ginger has proven itself worthy. One animal study revealed its antioxidants inhibit inflammation in the brain; in another study of 60 middle-aged women, ginger improved reaction time and memory function, probably because it reduces oxidative stress and damage in brain cells.

Because it’s anti-inflammatory, ginger has been researched for potential anti-cancer and anti-aging effects. So far, there isn’t enough data to back it up as an official treatment (or cure), although there have been a few small studies with promising results.

Ginger does a body good—and it comes in so many edible forms that you’re bound to find one that works for you. Add a dash of ground ginger or an inch or two of fresh ginger into your favorite recipes, enjoy it dried (we love it in trail mix!), try it in ginger-broiled grapefruit, and snack on ginger candy for a sweet treat.