Turmeric, a spice known for its glorious yellow color, has been used in Asian kitchens for thousands of years. The spice is more commonly known in the United States for the hue it imparts to prepared mustard and curries, but on its home turf of India it is revered for its medicinal properties: it works as a powerful anti-inflammatory for arthritis conditions; aids digestion; may improve cognitive function, and may even suppress tumors.

Nutritionist Rebecca Katz, a senior chef in residence at a leading cancer wellness center and the author of the upcoming book The Longevity Kitchen: Satisfying, Big-Flavor Recipes Featuring the Top 16 Age-Busting Power Foods, says turmeric acts like a vacuum cleaner for your system: “It vacuums up free-radical debris that can cause disease. Turmeric is the aspirin or ibuprofen of the spice set. It controls internal or systemic inflammation, which is implicated in so many chronic diseases, from arthritis and Alzheimer’s to cancer.”

Turmeric, whose Sanskrit name translates to “germicide,” is a rhizome (an underground root), like ginger. While it is available fresh in some Asian markets, it is most commonly sold in its dried, ground form. One of the foundations of a good curry, it pairs well with cumin, coriander, and cinnamon. When used sparsely, the spice doesn’t have much flavor on its own. About half a teaspoon is enough to flavor a dish that serves four people; too much will make your dish bitter. “If you do find there’s a bitter taste in the back of your palate, balance it with a little sweetness by adding a few drops of honey or maple syrup,” Katz advises.

Turmeric contains the powerful phytochemical curcumin. According to a research paper released this past June by the National Institutes of Health, scientists studying curcumin have found evidence of its anti-inflammatory and antioxidant properties and of its potential use in the treatment of neurodegenerative diseases like Alzheimer’s, but indicate that more studies will have to be done before it can be adapted for that use.

So how much of this magical spice do you need to gain its benefits? Just half a teaspoon a day! But there is also one secret: Katz says that to derive turmeric’s full anti-inflammatory benefits, you should always use it with a pinch of black pepper.

You can substitute your choice of long-grain or brown rice; just be sure to adjust the cooking time as needed.
1 cup brown basmati rice
2 tablespoons vegetable oil
1 teaspoon cumin seeds
2 shallots, peeled and sliced
1 cup frozen peas
Salt (optional)
1/2 teaspoon ground turmeric
1/4 teaspoon ground black pepper
1 teaspoon fresh lemon juice
2 cups vegetable broth
1.    Rinse the rice at least 3 or 4 times with water. Drain well  and set aside.
2.    In a deep pan, heat the vegetable oil. Add the cumin seeds, and when they begin to sizzle, add the shallots. Sauté for  2 to 3 minutes, until the shallots are soft.
3.    Add the peas and sauté for about 2 minutes.
4.    Add salt to taste, if desired, then the turmeric, pepper,  lemon juice, and rice. Mix well.
5.    Add the broth and bring to a rolling boil. Reduce the heat to low. Cover and cook for 12 to 15 minutes, until all of the liquid, has been absorbed.
6.    Remove from heat. Let sit, covered, for about 5 minutes.  Fluff with a fork and serve.
Makes 4 servings 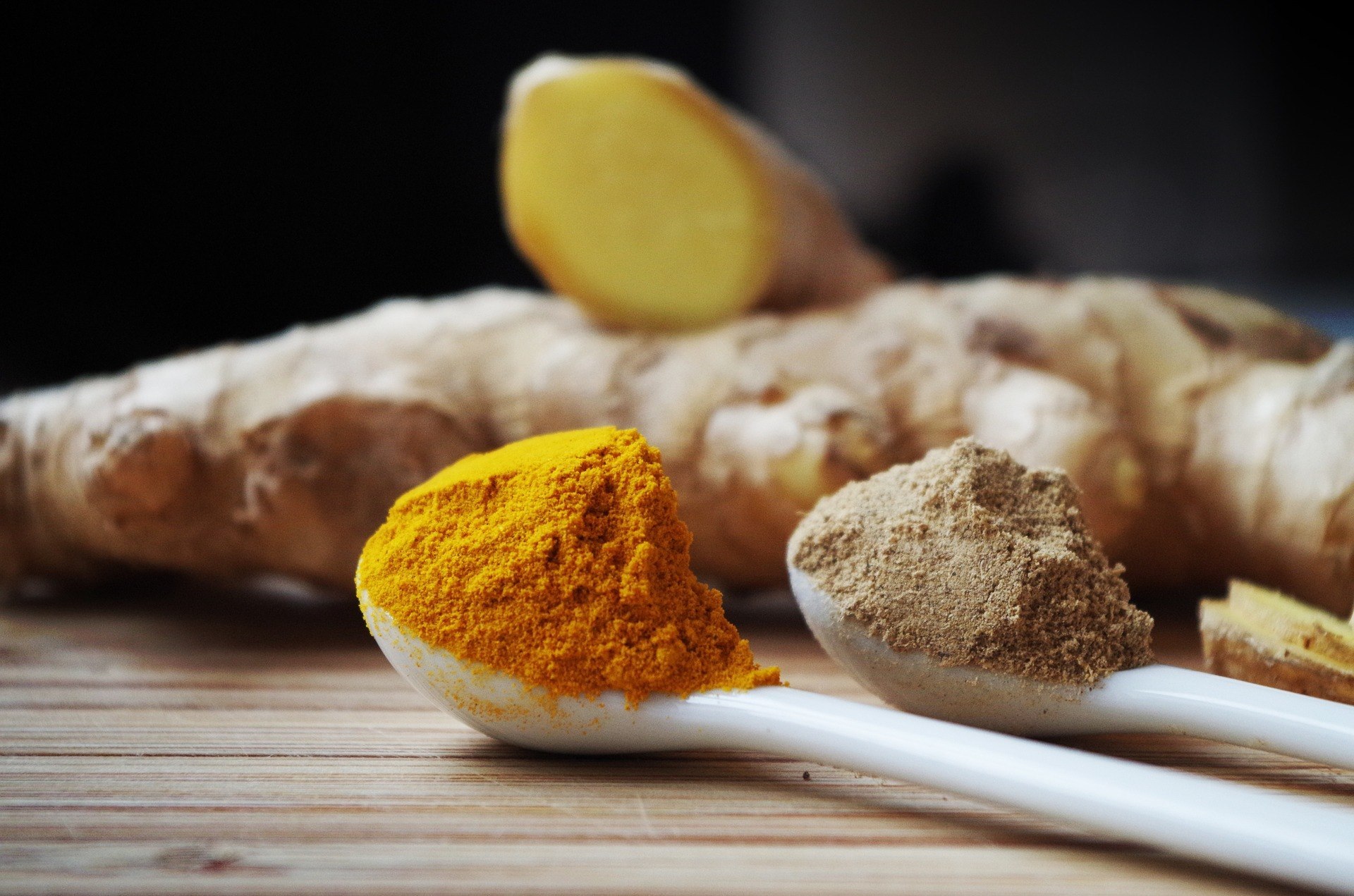 Check out another amazing article about  The Health Benefits of Ginger Turmeric Tea  by Helen Sanders chief editor at Health Ambition....Click HERE